Former bakery comes back to life to service unemployed 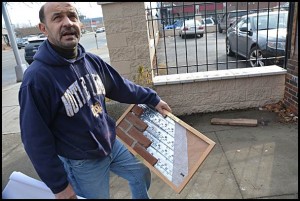 Developer Bashra Imam is turning the former Oaza Bakery on the northend Jos. Campau into an office building that will host a job resource company.

Where once bakers rolled the dough, job seekers will soon be rolling in the dough.

Well, hopefully they will all get good-paying jobs.

The former Oaza Bakery, a longtime Hamtramck landmark on the northend of Jos. Campau, is being gutted and transformed into a job referral service for the unemployed.

Developer Bashar Imam is under a tight deadline to get the project completed within the next week. He is turning this 10,000 square-foot space into office space.

Once unveiled, you will see a new façade that does away with most of the brick that closed the building up and replaced with large modern windows – just what the city’s zoning law requires.

“It’s going to be stunning,” said Imam of the finished development. 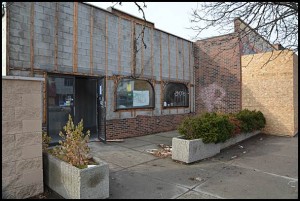 From rolling the dough to rolling in the dough. The former Oaza Bakery is about to be reborn.

So what exactly will go on here?

Jamal Saleh, the President and CEO of The Resource Center, said he has a contract with the Michigan Works agency to help unemployed folks registered with the Department of Human Services to brush up their resumes and match them with employers.

With the state’s new Department of Human Services building just down the street, it’s a good match.

“Hamtramck is in the center of our service area, and it’s a safe area,” Saleh said.

Down the road, Saleh said he might expand his service to include vocational training.