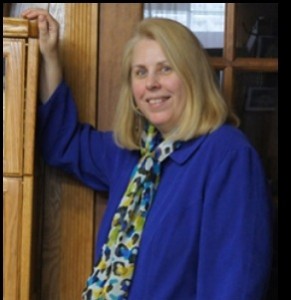 Ksenia Rychtycka has had the writing bug ever since she was a kid here in Hamtramck.

That’s the way Rychtycka remembers it, and after years of honing her skill she now has her first book of fiction out, called “Crossing the Border.”

Rychtycka, a first-generation Ukraine-American, grew up in the Immaculate Conception neighborhood. She still lives in the Detroit area with her husband and daughter.

Her collection of nine stories is set in Ukraine, the US and Greece.

She eventually lived in the Ukraine after the fall of the Soviet Union. Her writing reflects a European sensibility, and the stories are truly little gems.

As for the meaning behind the title, Rychtycka put it succinctly: “It’s all about the journey.”

But in a broader sense, she said it’s a metaphor for her characters who are “crossing barriers/borders within themselves to achieve some sort of closure or move on to the next step/phase in their lives. So it’s not like there’s only one specific border.”
You can purchase her book through Amazon, and you can also find out more at her website, kseniarychtycka.com.