Future of Peoples Bank is up in the air 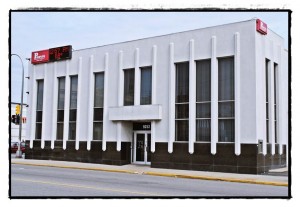 It now appears Peoples State Bank has taken a turn for the worse, financially-speaking.

A call to the bank for comment was not returned.

The FDIC had previously ordered the bank to merge with another bank, or look for investors. It is not clear how much time is left for either option. Bank officials now say they doubt either of those actions will occur any time soon.

In a previous interview, bank President and CFO Hank Thiemann said it would take time to find a partner to merge with, because so many banks are facing financial hardships. He said the bank got into financial trouble when a number of commercial loans faltered.

Peoples has been in Hamtramck for 101 years. There are 10 branches in the metro area. and the bank has 115 employees.

The City of Hamtramck recently pulled out $6 million it had invested in the bank because of the bank’s financial instability. All accounts are federally insured for up to $250,000.

A story about the bank in Crain’s Business suggested that Peoples stands a chance of being closed down.