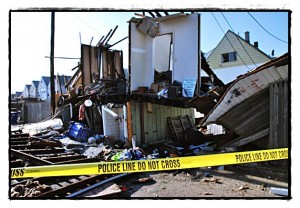 Thinking about fixing your gas stove any time soon?

Unless you really know what you are doing, you might want to hire out that work.

Hamtramck fire investigators say it’s likely that the reason a house on Norwalk St. blew up Saturday afternoon is because of a gas leak.

Fire Chief Steve Paruk said that all evidence points to the renter of the house failing to fully connect, or perhaps overlooking, a gas line from his stove to the main gas line.

The renter told investigators that he had been working on the stove on Saturday, and then after the work he took a nap. Upon waking, Paruk said, the renter lit a cigarette.

That spark ignited natural gas that had accumulated in the house and blew the structure apart, causing burns to the renter, a man described to be in his 30s by neighbors.

The man survived, but how he did is nothing short of amazing. The house’s four walls and roof were blown out, and debris was scattered several houses away.

The house in question is one of those smaller houses tucked away behind a larger house on one lot.

Those who lived in the house in front, facing the street, were not injured.

Chester Rutkowski, 54, was in his apartment facing the house that exploded, watching television. He said shortly before 1:30 p.m., he heard a “thud.”

“It was some kind of explosion but it wasn’t that loud,” he said.

When he looked out, the house behind his apartment was ripped apart. Strangely, there was no fire, just smoke and charred beams.

The man in the house was helped out by another neighbor. It’s not clear how badly injured the man is, but he was able to walk on his own, and he even told firefighters that he did not need to go to the hospital.

He was taken to Detroit Receiving Hospital anyway.

Fire Chief Paruk said it won’t be until this week that the debris from the house will be cleared. With housing values now in question, Paruk said the best he could estimate is that the property damages totaled about $25,000.

Paruk stressed that it doesn’t take that much gas to build up in a house to cause an explosion. He said that if you smell gas in your house or flat, immediately open windows and doors to ventilate it.

Next, call DTE or the Fire Department.

Whatever you do, do not turn on the lights, if it’s dark, because that can cause an explosion to occur. And for sure, forget about lighting up a cigarette. 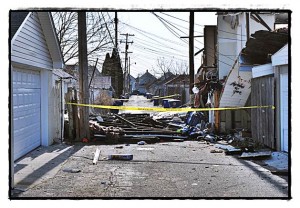