Get ready for next Tuesday’s Primary Election 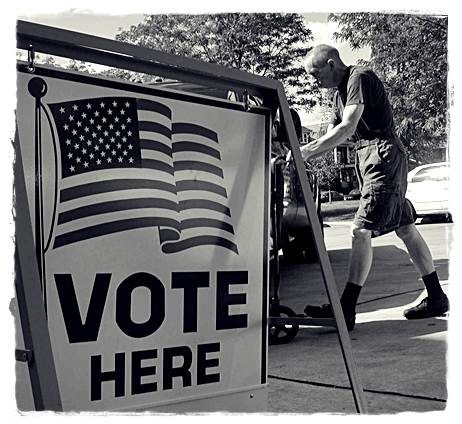 Next Tuesday (Aug. 7) is election day here in Hamtramck and across the state.

Voters here will be faced with a lengthy ballot, which includes two tax proposals.

As usual, primary elections offer a partisan side of the ballot, meaning you must either vote for Republican or Democratic candidates.

If you switch sides the ballot will be invalid, and you will have to recast your vote.

The last chance to get an absentee voter ballot is on Monday, which must be submitted no later than Tuesday. The City Clerk’s Office will be open on Saturday, from 8 a.m. to 2 p.m., to handle absentee voter requests.

As usual for most cities in Wayne County, including Hamtramck, the Democratic candidate who wins the primary will likely go on to win in the November General Election.

The most hotly contested race is the newly-created Congressional 14th District. There are several prominent Democratic candidates vying for the job, including two Congressional incumbents: Gary Peters and Hansen Clarke.

According to various polls, Peters has the lead in the election. In Hamtramck, it is likely that Clarke will get the nod since he is part Bangladeshi, and this city’s largest voting bloc is now the Bangladeshi community.

However, voter turnout in a Primary Election is notoriously low, so it may be a case of anything goes.

Councilmembers Cathie Gordon and Tom Jankowski are seeking to step up to a seat on the Wayne County Commission. They are facing incumbent Martha Scott, who will likely be hard to beat.

Councilmembers Mohammed Hassan and Robert Zwolak are among 11 candidates seeking a newly-created seat in the state House of Representatives. Hamtramckan Beverly Tran is also in the running.

Longtime Wayne County Treasurer Raymond Wojtowicz, who is also a Hamtramck resident, is seeking another term, and if the past is any indication, he will once again win another term.

The two tax proposals involve saving the Detroit Institute of Arts from closing and renewing a county jail tax.