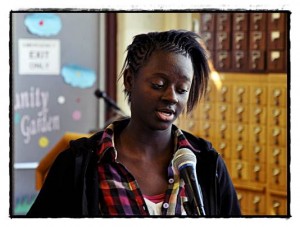 Instead of checking out books last Saturday (Feb. 19) at the library, Hamtramckans had the chance to check out a gospel concert in celebration of Black History Month. 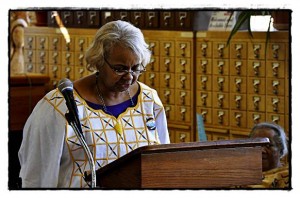 Presented by the Concerned Women of Hamtramck, the annual celebration commemorating the February observance was well-received by those in attendance. It began with an opening statement by the library’s director, Tamara Sochacka, and was followed by the singing of the Black National Anthem, which was led by Dominique Davis. 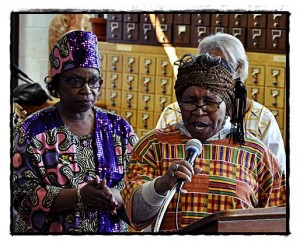 After a benediction was given by Darla Swint, the Concerned Women of Hamtramck’s founder Yvonne Myrick gave a welcoming address to the crowd. It was then time for the Corinthian Baptist Church Inspirational Choir to take the stage for several rousing selections of music. 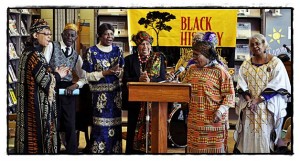 So why celebrate Black History Month with gospel music? Well, not only are African-Americans credited with creating the style in the 1700s, but according to the event’s flier it reflects God’s will in Christian culture as well. 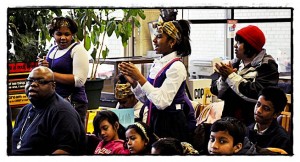 “Gospel, meaning ‘good news,’ derived its name from its close connection with the gospels,” said the flier. “As we look at the common themes in the gospels of Saint Matthew, Saint Mark, Saint Luke and Saint John, we find many references to God’s goodness and mercy.”