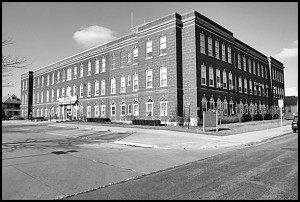 For the second time in recent history, Hamtramck has emerged from a financial crisis that required state intervention.

By Charles Sercombe
Hamtramck’s financial emergency is over.
That is the official word issued on Thursday in a press release by Gov. Rick Snyder as Emergency Manager Cathy Square finished up her last day on the job.
Snyder said there will also be a Transition Advisory Board to continue overseeing Hamtramck finances.
“I am very pleased to accept Cathy Square’s recommendation that the financial emergency in Hamtramck has been sufficiently addressed so we can begin the process of transitioning back to local control,” Snyder said in the press release.
“I know members of the Receivership Transition Advisory Board will work with local leaders to ensure that the city of Hamtramck remains on solid financial footing.”
Here’s a recap of how the city fell into fiscal trouble a few years ago:
It started shortly after Gov. Snyder drastically cut state revenue sharing to cities across the state and was worsened when health and pension costs continued to rise. City officials scrambled to find ways to balance the budget, but came to the conclusion that their hands were tied and they could not make contractual changes needed to save costs.
A majority of councilmembers at the time agreed to ask for the state to step in and appoint an emergency manager.
The process took a while, but finally in July of 2013, Snyder appointed Cathy Square to the task.
Square was no stranger to the city.
She worked for Hamtramck’s previous emergency financial manager, Lou Schimmel, in 2001, as director of Public Works. Square went on to work for Detroit’s Water Department and again with Schimmel when he was the Emergency Manager of Pontiac.
Fast forward to this week, and Square’s last day in Hamtramck was Thursday, the day a press release went out to news organizations about Hamtramck rebounding from its financial crisis.
The city now boasts of a $3 million budget surplus, but it also owes the state $2 million for an emergency loan just awarded to the city.
That loan went to shore up the city’s pension system which will remain a challenge to keep up in the years to come as more and more employees retire.
Square recently hired a new city manager, the first since she took control of the city 18 months ago.
Katrina Powell will now be managing the city, but a state-appointed Transition Advisory Board will have ultimate say over expenditures. The exact role of council is not entirely clear, but it appears to be limited.
Square will continue to serve as Chairman of the Transition Advisory Board. The other members are:
Debra Roberts, executive director of the State Building Authority (state treasurer designee), Karen Young, Ph.D., with Support Management Services (representing persons with relevant professional experience), and Mark Stema, CICA, consultant, Henry Ford Health System (representing persons with relevant professional experience).
Young and Stema are Hamtramck residents.