Hamtramck candidates strike out in quest for higher office 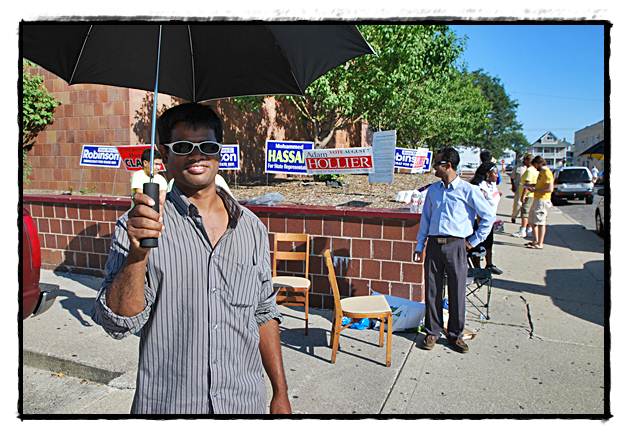 Fewer voters came out for Tuesday’s Primary Election, which may have played a part in why some local candidates failed to win.

Gordon and Jankowski were seeking to oust Wayne County Commissioner Martha Scott from her position, but Scott easily beat out her field of contenders with 42 percent of the vote.

Her district covers Hamtramck, Highland Park and part of Detroit. Scott won the majority of votes (494) in Hamtramck, with Jankowski coming in second (415 votes) and Gordon a distant third (170 votes).

In the wide-open State Rep. race, Hassan managed to win Hamtramck (with 584 votes). Zwolak came in second with 301 votes.

But district-wide, voters supported Rose Mary Robinson (who came in third in Hamtramck with 259 votes).

Hassan had predicted he would win the election. He could not be reached for comment.

In total, 1,798 voters participated in the election, down by 301 voters from two years ago.

Hassan’s result is puzzling since it was assumed the city’s largest voting bloc, the Bangladeshi community, would put him over the top. It begs the question: Did a large number of Bangladeshi voters sit out this election?

Both candidates are currently serving in Congress, but they were forced to run against each other when new district lines were drawn up.

Clarke, who is of Bangladeshi descent, beat Peters in Hamtramck by 234 votes. Peters won the district-wide count with 47 percent of the votes to Clarke’s 35 percent. It was a difference of over 10,000 votes.

To no one’s surprise, Wayne County Treasurer Raymond Wojtowicz glided into another term, winning 62 percent of the vote county-wide.