Hamtramck gets ready for 2020 Census count 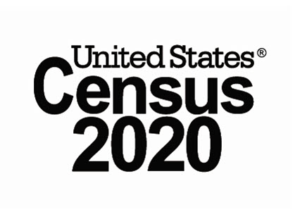 By Charles Sercombe
It appears few Michigan communities are “very confident” that they will get an accurate Census count.
The national Census happens once every 10 years, and will take place this March.
According to a University of Michigan survey of officials from over 1,000 municipalities, counties, townships and villages, only 15 percent of them said they were “very confident” of getting an accurate head count of their residents.
However, 64 percent of those officials said they were “somewhat confident” about the count.
In Hamtramck, officials have organized a Complete Count Committee to make sure the city indeed gets just about every person counted.
“With this committee, we’re going to work seriously in engaging the ethnic communities,” said Virginia Skrzyniarz, who is the chairperson of the committee.
Skrzyniarz is the CEO and Co-Founder of the Piast Institute, which conducts research on Polish and Polish-American issues. The institute, located on Jos. Campau, is also a Census Bureau Information Center, one of only two located in Michigan.
She said that, looking at the 2010 Census, it appears about 30 percent of the city’s household did not participate.
“We were probably undercounted by 7,000 people,” she said.
Back then, there were no committee or community organizers pushing the Census.
In the 2010 Census count, Hamtramck’s population was listed as 22,423 – down by about 1,000 from the 2000 count.
It is believed by some in the community that there are upwards of 30,000 people who live here.
Getting an accurate population count in Hamtramck has always been a challenge.
That’s because a number of immigrants who live here are reluctant to participate for fear of government reprisal, or even deportation.
Skrzyniarz is determined to change that by reaching out to the city’s ethnic communities and their leaders.
“They need to take some ownership,” she said.
Why is the Census important?
Census officials say that, for each person counted, it equals $1,800 in federal funding in one form or another, which includes grants for street repairs.
This year’s Census has already been dealt a blow when the Trump administration attempted to get a question included that asked whether one is a citizen or not.
Critics said the question would likely scare off some immigrants, who would fear it will lead to deportation.
That question has since been struck from the Census form, but there could still be lingering doubts for some people.
“We hope to convince people they will not be deported,” said Skrzyniarz.
To kick off the upcoming census, the committee will host a community rally in February.
This year’s census will have only 10 questions.
Skrzyniarz said there is still plenty of room on the committee for those interested in spreading the word on the census.
For more information, call Skrzyniarz at (313) 733-4535.
Oct. 25, 2019