Hamtramck Hustle is a throwback to the 1950s 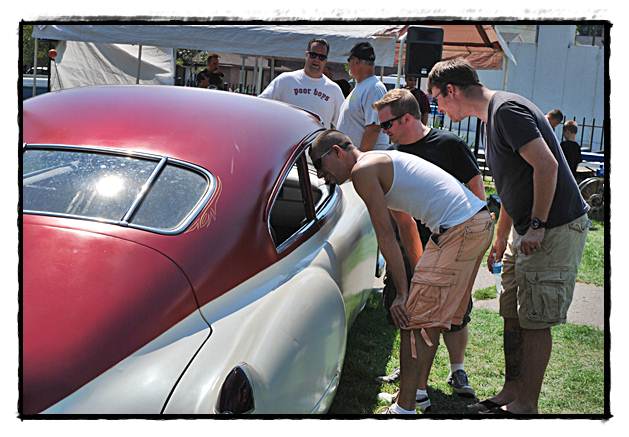 This year’s Hamtramck Hustle was even bigger than last year’s.

Last Saturday was a day for cool cats.

The sixth annual Hamtramck Hustle, sponsored by the Dead Last Car Club, may have hit the turning point of being a very small-scale car show to a full-blown party.

This was no ordinary classic car show. Most of the cars were what some might think as old rust buckets.

But how wrong they are.

These cars are 60-plus years old — and older — and most were hand modified. Yes, for some owners, the look was to keep them unpainted and maybe a little rusty. But boy were those engines jacked up.

No matter, the show was a good mix of classic cars and what are called “rat rods.”

For kicks, organizers held a carburetor cover race, which are carburetor covers put on wheels. There’s a homemade raised slot that the carbs are placed on, and down they go. Hey, it’s a diversion.

For many of the guys and gals, this is more than just a car show – it’s a way of life. The guys, dressed in jeans and boots with greased back hair, were a throwback to the greasers of the 1950s.