Hamtramck is not alone in money woes 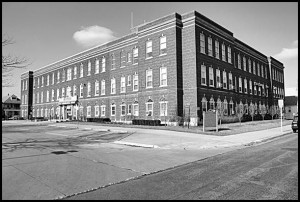 Hamtramck went through that process over a year ago and now has an emergency manager in charge. Detroit also experienced the same thing in the last year.

Pontiac is currently transitioning from an emergency manager back to local control.

In recent years more and more communities and public school districts are finding themselves in a financial crisis after state revenue sharing was reduced and property tax collections fell when the housing bubble burst.

The financial review teams have 60 days to report back to the governor with their findings.

If Highland Park is deemed eligible for an emergency manager, it will produce an interesting possibility of merging services with Detroit and Hamtramck.

However, Hamtramck Emergency Manager Cathy Square rejected that notion when she came to the city on July 1.

Hamtramck has a $3.4 million budget deficit. Square said Hamtramck’s financial problems are highly fixable, with most of the adjustments coming from changes in the police and fire union contracts.

According to sources in the firefighters’ union, the union has signed a new contract but no details of it have been made public.

A new contract with the police officers’ union is expected to be completed in the next few weeks. Square is scheduled to leave at the end of June next year. Although local control will be returned it will be done so in name only.

The state will set up a financial board of review to supervise all financial decisions, including the hiring of department heads, for the next several years.

Square has said she will hire a city manager at the end of her term here, and will ensure that person will have an ironclad contract that local officials can’t break.

As for rehiring department heads that have been fired, Square said local officials can forget about bringing anyone back.