Hamtramck is the backdrop for author’s first book 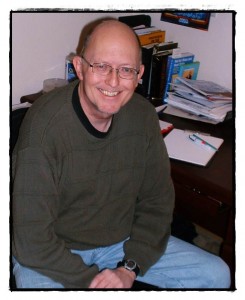 Chicago-based writer and former Detroit native Tony Kordyban has a new book out. The title alone is worth the price: “The Loose Meat Sandwich King of Hamtramck.”

We reached Tony at his residence in the Chicago area this past week, and had to first ask – as many must do – about that wild title.

“A lot of people, when they first read it, ask ‘Loose what?’” said Kordyban. “They don’t know what it is. They’ve never (even) heard of Hamtramck.”

Kordyban’s description of the book paints it as a lighter-toned thriller with a lot going on. It has, he says, “high-school basketball, a love story, a street-gang war, a mail-order bride, a former stripper running for city council, and a minor skirmish between good and evil.”

Told that it sounded reminiscent of some of the more colorful writings of Michigander Elmore Leonard, or even Carl Hiaasen, Kordyban admitted to particularly liking Leonard’s stuff.

“I had a chance to meet him in college,” Kordyban said. “His stuff is fun to read, but at the same time it’s more serious, with all those dead people.”

Reminded that his book has a dead person in it too, he says, “Well, yes … but he’s already dead!”

Asked whether he solicited an opinion of the book for his book jacket from Mr. Leonard, Kordyban said that he might try to in the future, but hadn’t as yet asked.

“I’m just getting started on the marketing end,” he said.

It’s definitely a broadly painted palette. Is it, ah, based on anyone we would know?

“Well, I went to high school here, at the old Immaculate Conception, which I know is gone now,” he says, a bit wistfully. “Went to college in Detroit, too. It’s inspired by a lot of people I knew from here. In various combinations.”

Koryban left the area to relocate to Chicagoland in 1980, so he’s been gone for some time. Still, the area — Hamtramck in particular — stuck with him, as it seems to always do.

Two questions remained: Would there be a sequel?

And — had he ever actually had one of those loose burgers himself?

“Never actually eaten one,” he laughs. “I was aware of them from the signs I’d see around town.”

A shocking admission, indeed. Of course, people write about death, too, and they don’t etc.

As to the idea of a sequel featuring these same characters, Kordyban demurs. Sort of.

“Well, maybe. But the way it ends, there’s nothing else to say, really. I’ve told the whole story – as far as I know it.”

“Of course, if it was a big success…”