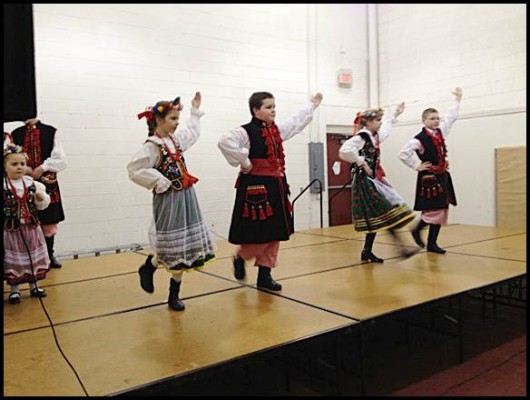 You didn’t need 80 days to take a trip around the world last Saturday (April 6). All you had to do was visit the Hamtramck Mini World’s Fair.

Organized by Welcoming Michigan and held at People’s Community Services, the event was a celebration of the rich cultural diversity that you can find in Hamtramck. The idea was to give people a chance to discover things about their neighbors they may otherwise never learn.

Overall the fair was comprised of two main sections. The cafeteria housed flavors of the world and offered visitors a chance to taste various cultural dishes including Bangladeshi singara, Arab and Bosnian baklava and Yemeni falafels. There was also a table with over a dozen teas from around the world. 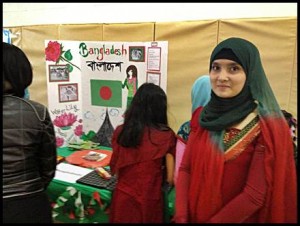 “The room was packed,” said Christine Sauvé, Southeast Michigan Communities Coordinator for Welcoming Michigan. “It was standing room only.”

On the other side of the building were displays that focused on the specifics of each culture. Viewers could learn about details such as what houses are like in different cultures or what normal people do for fun in foreign lands.

“It was really informal,” said Sauvé. “You could ask questions and not feel silly.”

Also on display were different ethnic fashions and music styles, highlighted by a Bengali fashion show and African-American drum session. Other types of dress could also be seen during the Gwizda Polish  and Yemeni dancing shows.

Perhaps the most unique part of the event was the Passport Challenge, which encouraged participants to visit each table to learn about all the cultures in attendance. Participants could get their “passport” stamped, and once it was full they were eligible for a raffle.

“We wanted to do something that would bring everyone together,” said Sauvé. “And Hamtramck is such a diverse place we wanted to celebrate it. This was a perfect way to do both.” 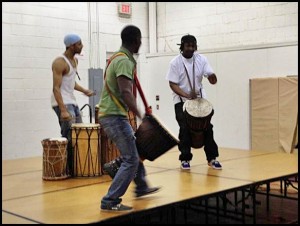