Hamtramckans lined up for another election season 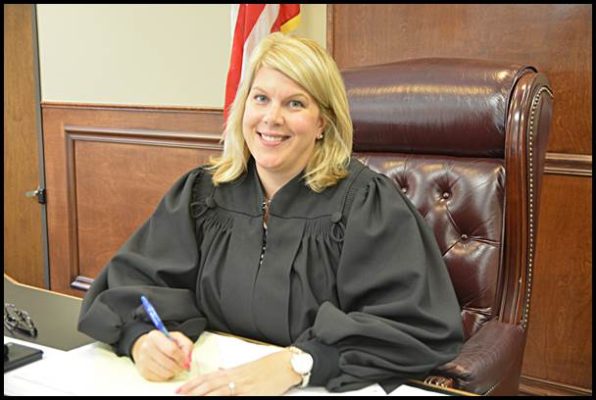 Hamtramck 31st District Court Judge Alexis Krot will not be facing any challengers this election season for a new six-year term.

By Charles Sercombe
City Councilmember Mohammad Hassan still has ambitions for higher office.
Having just won a seat back onto city council this year – after abandoning the council for a failed attempt to become mayor a few years ago — he is now setting his sights on being Wayne County Commissioner.
That means he is, again, challenging incumbent Martha Scott, who has held one elected office or another since 1977. She started out as a county commissioner in 1977, went on to become a member of the Highland Park City Council, then Highland Park mayor, state senator, state representative, and — after being termed out – back to county commissioner.
In the past, many have tried to unseat her, and all have failed – including Hassan. Scott is now 84 years old, and showing no signs of slowing down.
But that doesn’t faze Hassan, who is 52 years old.
Voters in Hamtramck, which makes up a large section of Scott’s third district in the commission, have told him it’s time “for a new face. They want new leadership,” Hassan told The Review.
Within the last year, Scott steered a county grant worth $50,000 to Hamtramck. It will be used to make improvements to Veterans Park – the city’s largest park.
An August 4 Primary Election will settle who wins the office. Since there is no Republican challenger, whoever wins the primary will glide into office after the November General Election.
In other election news, Hamtramck 31st District Court Judge Alexis Krot can rest easy. She has no challengers for the six-year term.
Other Hamtramck residents seeking public office include Abraham Aiyash, Shahab Ahmed and Michele Oberholtzer. They are all seeking to become state representative of the 4th District.
All of them are running as Democrats.
That seat had been held by Isaac Robinson, who died recently at age 44. It has been reported that the likely cause of Robinson’s death was Covid-19.
There is one lone Republican running for the seat, but the district has long been a Democratic stronghold. Whoever wins the primary election is pretty much guaranteed to win the November election.
Posted May 15, 2020