Hamtramck’s loss turns out to be Novi’s gain 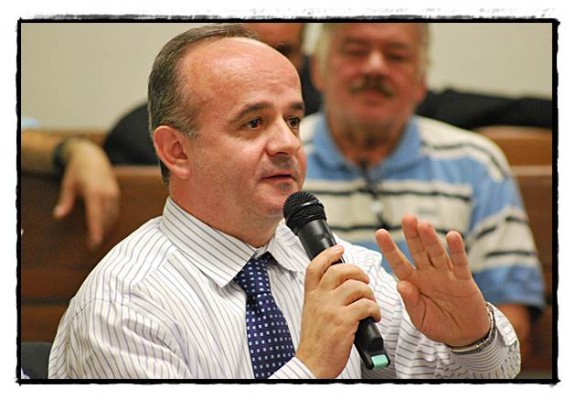 Finance Director Nevrus Nazarko is heading for a new job in Novi.

Just a few days after announcing his sudden resignation as Hamtramck’s Finance Director, the City of Novi announced that Nazarko is its new Finance Director and Treasurer.

Nazarko, who has worked 14 years in Hamtramck, said he applied for the job in mid-August and landed the job a month later. He said he was part of a nationwide search.

He said he is honored to be hired “out of field of respectable candidates.”

Novi is a world of difference compared to Hamtramck, finance-wise. The city has an $8 million budget surplus and has forecasted a balance budget for the next two years, Nazarko said.

Hamtramck, on the other hand, is facing a $3.5 million budget deficit by next summer. However, Nazarko did draw up a budget deficit elimination plan that will keep Hamtramck afloat for three years.

It’s just a matter of whether city officials will stick to the plan.

Like Hamtramck, Novi has a city manager in charge of day-to-day operations.

Novi’s City Manager, Clay Pearson, said he was pleased to welcome Nazarko aboard the administration.

“We are gaining another person with conservative financial values and varied experience,” Pearson said in a press release. “Nevrus will join the Novi team to build upon our success in multi-year budgeting, sound investments and strong stewardship. …”

City Councilmembers said they are disappointed to see Nazarko leave, and Councilmember Abdul Algazali asked if there “is anything we can do” to persuade Nazarko to remain.