Hamtramck’s magic man pulls another award out of the hat 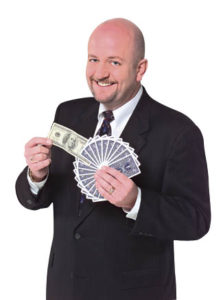 Hamtramck’s own, Al the Only, was recently inducted into the Michigan Magician Hall of Fame.

By Alan “Nothing up our sleeves” Madlane

There are magicians, and then there are Magicians.

And then there is Al the Only, Hamtramck’s (Own-ly) Son, who’s got just about every membership and award there probably is, in the biz.

Currently cooling his heels in Maui, where he disappeared himself to some years ago, Al the Only nevertheless recently won another award, one with a little local “flava” (or whatever the Hawaiian version of that is —  Google sure didn’t seem to know).

That award would be: Induction into the Michigan Magician Hall of Fame.

Al, whose real name is Al Ulman, still owns the family house here in Hamtramck. And he wanted local folks to know about his good fortune, so he told us, and we’re telling you.

And just how does a magic man from such humble beginnings get to be able to live in Hawaii? Does he simply keep the items he “disappears” from people when he’s plying his trade?

It’s really about dedication and skill and having done it for going on 40 years. That’s Hawaii 4-0 to you, bub.

It does sure seem like all Al has to do is say “Presto!” and another award is being pulled from behind somebody’s ear.

One example: He has been bestowed with the prestigious, if not prestidigitatious, Order of Merlin Shield from the International Brotherhood of Magicians.

Also, he has been featured on the cover of the Society of American Magicians’ magazine.

And now, the Michigan Magician Hall of Fame, his plaque for which will henceforth be on permanent display in the American Museum of Magic in Marshall, Michigan.

Our Al the Only. He saws the competition in half, and leaves both halves wanting more.

As one magician should have said sometime, somewhere, “It’s not the rabbit in the hat that’s the problem … it’s what the rabbit leaves behind in the hat after you pull him out.”