Hooray for the ‘Red, White and You’ 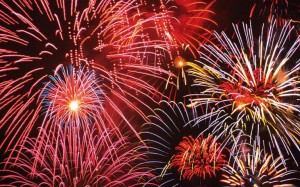 By Charles Sercombe
Ready for a real bang up holiday weekend?
It’s been decades since Hamtramck has hosted an all-city fireworks show, but this year will be different.
This Saturday, July 5, Hamtramck will host a fireworks show for thousands in Veterans Memorial Park.
It all came about thanks to an essay contest, called “Red, White and You,” sponsored by Destination America, a cable TV series. The Hamtramck Fire Department entered the contest, writing about how unique and ethnically diverse the city is.
Destination America agreed, and will foot the bill for a fireworks party that will be the boast of town for years.
The event begins at 5 p.m., and it’s like everyone in the city won a trip to a theme park, except the theme will be Hamtramck.
Kids will get to enjoy free giveaways, such as special sunglasses, and enjoy free pony rides and visit a petting zoo.
Everyone will get free Ball Park hotdogs ( all beef) and other treats.
Live music will be on hand, too, with Jr. Walker All-Stars pumping out Motown hits.
All of this takes place inside Keyworth Stadium. When it gets dark enough, around 9:30 p.m., everyone will gather on the football field and watch what promises to be a spectacular fireworks display.
You can also position yourself in the front portion of Veterans Park if you prefer.
Police Chief Max Garbarino said he will have outside police agencies on hand to help with crowd control.
Fire Chief Paul Wilk said the whole event is geared toward families. That means no coolers will be allowed in Keyworth Stadium and there will absolutely be no alcohol allowed in the stadium or the park.
Firefighters have organized a shuttle bus service throughout town that starts at 5 p.m. and continues until after the event is done.
Here are the shuttle locations:
Conant near Comstock — in front of St. Joseph Nursing Home
Caniff just west of Conant — in front of Conant Caniff Market
Caniff just west of Gallagher — in front of Hamtramck Horizon
Caniff east of Fleming — in front of Peoples Community Services (across from the Hamtramck Library)
Dequindre at Commor – Hamtramck Housing Projects
Edwin at Lumpkin – at Pulaski Park
Hamtramck Senior Plaza
In the past few weeks, volunteers have been sprucing up Veterans Park and Keyworth Stadium. City officials say they have no idea how many people will attend.
One concern is that the city’s Muslim community may not turn out because of Ramadan. During Ramadan Muslims fast during the day, and usually break their fast around 9 p.m. – a half hour before the fireworks show will begin.
The expectation is that it could be hundreds or thousands of people will come out. The event has received attention from media outlets throughout the region as well through national publications, such as USA Weekend.

2 Responses to Hooray for the ‘Red, White and You’