Housing values still on the decline, according to county study 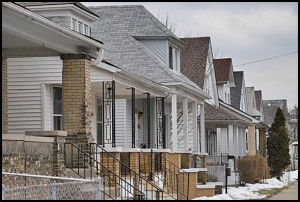 According to the Wayne County Assessor, Hamtramck housing values fell by 10.5 percent in the last year. But that doesn’t mean everyone will get a break on their property tax.

According to the Wayne County Assessor’s Office, Hamtramck house values dropped by 10.5 percent.

“Proposal A could throw a monkey wrench into what you pay,” Fuoco said in reference to a 1994 law that put a cap on how much tax values can increase as well as decrease.

Even with a cap in place, the 2008 housing meltdown eventually translated into a loss of $1 million in tax collection for the city, said former Finance Director Nevrus Nazarko.

Also, Fuoco said, a general increase or decrease in housing values does not apply to every single household. Some houses can go up in value while others around them go down, perhaps because they are special or unique in some way.

No matter what, house owners have a right to contest their property assessments this month at the annual Board of Review. By now, property owners should have received a notice of this year’s house assessment.

Fuoco said it’s not unusual for homeowners to fight for even minor reductions. But that comes at a cost for the city, he said.

“Some people would rather lose a police officer or firefighter than pay 10 cents more,” he said.