In Hamtramck, houses are more valuable when ‘deconstructed’ 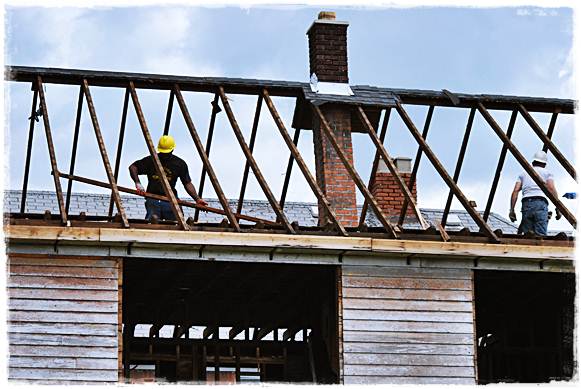 A new round of housing "deconstruction" is about to begin in Hamtramck.

How is a house like a cow? Just ask a deconstructionist.

Recently, five houses on Nagel Street that were slated for demolition were spared the wrecking ball. Instead, they will be deconstructed and the usable material will be sold to salvage yards.

An environmentally-conscious method, deconstruction is the process of taking apart a building piece-by-piece until there is nothing left — essentially building a house in reverse.

Or, to answer the question above, deconstructing a house is like butchering a cow. Just like the carcass of a cow can be used for multiple purposes — food, clothing, medicine and other goods — the skeleton of a house can be repurposed for multiple uses.

That old hardwood floor? It’s the filet mignon of an old home.

Leaded window weights? Something has to go in the sausage.

Perhaps the most surprising aspect of deconstruction is that it is simultaneously more expensive yet more cost-effective than regular demolition.

According to Community & Economic Development Director Jason Friedmann, the cost of deconstructing a building is about $25,000 versus $7,500 for demolition.

However, once the salvaged material is sold the venture actually turns a profit, to the tune of about $15,000. Last year a house on Carpenter was deconstructed and the material was sold at a wholesale price of $40,000, with an estimated retail value of around $100,000.

“The real value is in the structural lumber,” says Friedmann. “It can be planed-down and reused for almost anything.”

Friedmann also pointed out another inherent value of deconstruction, which is job creation. Because of the meticulous nature of the work, it takes more people to deconstruct a house than it does to demolish it. And thanks to federal funds from the Neighborhood Stabilization Program, the jobs add no extra cost to the city.

“It’s really a win-win-win situation,” says Friedmann. “There is less impact on the environment, more jobs for the community and when it’s done the neighborhood has been improved.”

2 Responses to In Hamtramck, houses are more valuable when ‘deconstructed’