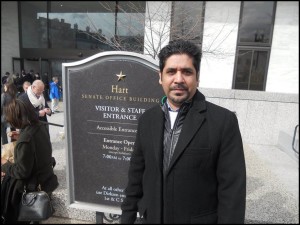 Two Hamtramck School Board candidates are leading dual lives, at least according to property and voter records.

One existence in the city of Warren, and another in Hamtramck. According to the Warren Assessor’s Office, and Macomb County records, Mohammad Huda and Nasir Sabuj own and occupy houses in Warren and are claiming a 100 percent Homestead tax exemption. To make a Homestead claim, one has to own and live in the house, according to state law. Let’s start with Huda. According to the Warren Assessor’s Office, he owns a house on 29623 Ohmer, near the intersection of 12 Mile and Ryan, which he bought in 2010.

According to his voter registration record, Huda has made more than one move from Hamtramck to Warren and back again since registering to vote in Hamtramck in 2010 when he said he lived on Norwalk. That record shows he later moved to Warren, then moved back again to Hamtramck, then back to Warren at the house he bought, and then one more time last April back to Hamtramck at 11813 Fleming.

The Review visited both residences that Huda says he lives in Warren and Hamtramck but no one came to the door. Huda did not return several calls for comment. Huda is one of eight candidates vying for three seats on the School Board that have a regular six-year term. Huda was also part of a group of investors who approached the Hamtramck School Board last year to partner up in a charter vocational school, which Hamtramck Public Schools would have only received 3 percent of the approximately $7,000 the state pays for each student enrolled. The school board entertained the offer but never acted on it. In a recent Review survey of questions about the district that was mailed to each school board candidate, when asked if he planned to charter some or all of the district schools, Huda said: “No, there is no plan to charter Hamtramck Public Schools into charter schools.” 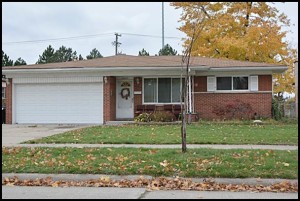 According to Warren property records, this house at 29623 Ohmer Dr. is where Hamtramck School Board candidate Mohammad Huda is receiving a 100-percent Homestead tax exemption, meaning he both owns the house and occupies it.

According to Wayne County property records, Sabuj bought the house in 2006. Again, according to state law, a person can claim a Homestead exemption for only one property. Reached by phone, Sabuj disagreed, saying you can claim an exemption for multiple homes. “I own 10 different properties, this is what I do for a living,” Sabuj told The Review. “I know I can do it.” Asked what exactly he does for a living, he would only say: “I don’t have to disclose everything.” Sabuj said he lives in Hamtramck. 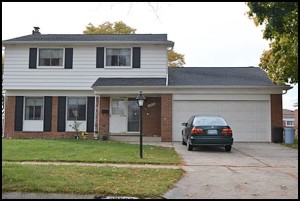 It’s the same situation for candidate Nasir Sabuj at this house in Warren on 29533 Walker Dr.

According to Hamtramck voting records, Sabuj has been a registered voter here since December of 2008. He has never changed his voter address to reflect the residence he said, according to property records, he owns and occupies in Warren.

At the house on Klinger, a couple who answered the door said Sabuj lives with them. The couple did not speak English and conversed with the help of a neighbor. At Sabuj’s house in Warren, located at 29533 Walker Dr., a woman who identified herself as Sabuj’s cousin said she has been renting from Sabuj. Sabuj confirmed that in his telephone interview.

In our short telephone conversation with Sabuj on Tuesday afternoon he said he had to end the call because he was at work. He said he would meet at The Review’s office later at 6 p.m. Sabuj never showed up. In a twist of things, the phone number that Sabuj supplied the Hamtramck City Clerk’s office to be reached at was answered by the woman in Warren who said she was his cousin. The woman said that number was not Sabuj’s. She supplied another number which Sabuj did answer. He said the other number belonged to his mother. Sabuj is also seeking one of three seats on the school board that have a regular six-year term.

Besides being an indicator of what city one claims to live in, a 100-percent Homestead claim exempts the homeowner from paying up to 18 mills in the respective community’s school taxes. That means Sabuj has not paid school taxes in Warren or in Hamtramck. For Huda, who does not claim to own a home in Hamtramck, he has been exempt from paying school taxes in Warren. The penalty for wrongly claiming a Homestead exemption is that the community can seek back taxes up to the past three years that were not paid, plus penalties and fees. The Warren Assessor’s Office said it would be looking into Huda’s and Sabuj’s Homestead exemption claims.

The office also said that if Sabuj is indeed renting the house, he has to register as a landlord and undergo yearly housing inspections. In the coming weeks

The Review will explore: Are there other Hamtramck candidates and elected officials who own a house and receive a Homestead tax exemption in another city?

What makes a home

According to the Michigan Department of Treasury, to claim a Homestead exemption the property must be your principal residence.

The Department of Treasury defines a principal residence as:

“The criteria Treasury uses to determine principal residence includes such things as: where you are registered to vote; the address on your driver’s license; where your children attend school; and the address from which you file your income tax returns.”