Labor Day Festival will undergo some changes this year 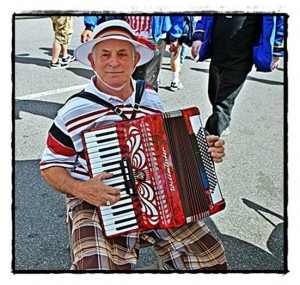 The tradition toils on.

That would be the Hamtramck Labor Day Festival, which is in the “works” once again, thanks to some of its staunchest and most hard-working supporters.

The festival committee has been assembled, and given their tasks. A “labor” of love, the group works for free, for the good of all, very much in the spirit of those it seeks to celebrate.

Having begun to meet roughly once per week in the last couple of months, and having held their first meeting right after Christmas, the festival machine is already well-oiled.

Most of the calling for price quotes on various aspects of the festival has been completed, and Bittner agrees it’s much easier in general this time around. She mentioned some of the different focuses this year.

“First off, we’re trying to identify some businesses that we might be able to interest in being “anchor” sponsors,” Bittner said. “In other words, major companies that we could develop a mutually beneficial, on-going relationship with.”

“We’ve got the new posters designed already,” she said, displaying a mock-up. Indeed, the poster is, again, attractive, and riffs off of last year’s while still seeming new. It features what is coming to be known as this group’s trademark, the “parallel wrenches” logo.

She went on, “The whole set-up will be different, other than that the two stages will still be in their usual spots.”
This year, for example, food vendors will be concentrated into a “food court” arrangement. Asked whether that might result in congestion during peak grazing hours for the festival, Bittner felt strongly that it should actually alleviate, rather than worsen, the normally chaotic lines.

The music, another staple of festivals past, is being lined up this year by an “inside guy” with a lot of connections to some of the hotter acts around town, Bittner said. There were about 30 music acts booked in 2010.

The same company used last year for the carnival rides, McDonough, is on board again. The committee is waiting for prices from the three major local beer distributors, Bittner mentioned, and that decision could be finalized very soon as well.

A website, which should give interested persons all the information they could want, will be up by the first week of August.

A fundraiser for the festival is again planned, here at The Review’s office, on Aug. 20.

So, things do indeed seem to all be moving in the positive direction. Stay tuned for more in the weeks leading up to this glorious Hamtown tradition.