Let’s take a look ahead at the next 12 months 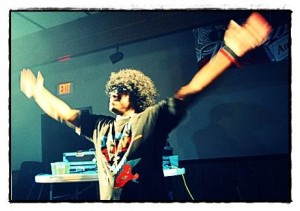 This year we once again get to look forward to the “Hamtramck Blowout” which takes place this March.

We are now three weeks into the New Year, and it’s time to polish our crystal ball and take a look into the year ahead.

Well, the big story of 2011 was new housing development, and that issue will still dominate the news this coming year.

Honestly, how do you not acknowledge a $15 million development plan as the lead story of the coming year?

We’ve already discussed details of the plan, but here’s a recap:

Dozens of new houses will be built, and then loaded with energy-efficient furnaces as well as top-of-the-line appliances. The single family houses will also be sold at super low prices, around $40,000 to $50,000.

Home buyers will also get financial assistance to pick up a house without laying down a huge wad of money.
While all of this is good, there is plenty of troubling financial news ahead.

By March, the city government might find itself without money on hand to meet payroll and bills. It’s estimated the city will by then face a $1.3 million budget deficit.

And by the end of June, that deficit could reach $3.4 million.

Hamtramck has already cut its budget to the bone. The only thing to do, say some city officials, is to reinvent our police and fire departments.

One scenario goes is to combine both departments into one “Public Safety Department,” which means cops would also act as firefighters.

It’s a concept other communities have turned to, but it’s also one with mixed results.

The other option would be to turn the Fire Department into a volunteer force, where there are 10 or so core fulltime firefighters who are aided by dozens of on-call volunteers who get paid something like $10 or $15 an hour with no benefits.

Or, the city could simply close down the police and fire departments and contract those services out to Detroit.

In late-breaking news, there is now a possibility of Hamtramck police officers taking over patrol duties for Highland Park.

Whew! Talk about topsy-turvy. There’s certainly a lot going on with the future of public safety.
The big question is, how fast can the city make any of this happen, and how much will it cost to make any changes?

In the public schools, there is also talk of merging some services with another district, but details of who, where and how are being kept top secret, at least for the moment.

This week there was also talk of Hamtramck taking over Highland Park’s school district, which was largely a media invention. Hamtramck Superintendent Tom Niczay said no one from the state or Highland Park approached him about this.

Even if they had, Niczay said he can’t possibly handle an additional 1,000 students over here.

But to take over administration of that district? That’s something he might consider. However, no one is making that offer.

Hamtramck’s school district has plenty on its own plate this year. The district is facing a $4.9 million budget deficit, and is on the state’s “watched” list of troubled districts.

Niczay said more cuts are going to be needed, but just where has not been identified yet.

The good news is that the school district attracted more students this year instead of facing a drop in enrollment, and subsequently received a boost in state financial aid that’s attached to each new student.

In other topics, let’s take a quick glance:

Hamtramck politics won’t be on the radar. There are no local elections this year, so all of you political junkies will have to wait one more year. However, this is a presidential election year, and as you can imagine this election is going to be extremely interesting.

A presidential Primary Election will be held on Feb. 28 for both the Republican and Democratic parties. (Guess who’s running for the Democratic nomination?)

There is one sort of local election coming up in August and November, and that’s for the State Rep. race.
For the strictly local elections, we have to wait for 2013, which at that time will feature the mayoral election plus three seats on city council.

The question buzzing around is, will Mayor Karen Majewski seek a third term? So far, she’s not saying. Without a doubt, there are plenty of other interested parties: Councilmembers Cathie Gordon? Tom Jankowski? Abdul Algazali? Mohhamed Hassan?

Speaking of Hassan, he is also rumored to be interested in the seat of State Rep.

In arts and culture, we still have Planet Ant Theatre alive and kicking. We look forward to attending some of its Monday comedy improv nights, which is perhaps one of the most underrated and cheap date nights around Detroit.

Our live music clubs appear to be holding on, although in this tough economy, it’s hand to mouth for some.

Of course, the largest economic boost our clubs enjoy is the annual “Hamtramck Blowout,” which is once again returning this March.

This is a rare chance to see, oh, let’s see, a couple hundred bands for dirt cheap. Hamtramck never sounds so sweet. Without this event, a couple of our favorite watering holes wouldn’t survive the year – that’s how big of a financial boost this festival is.

And, a big thanks goes out to much-missed former resident Eve Doster Knepp who still organizes the festival.

Next drink is on us, Eve.

For the foodies out there, we are still drooling over the thought of Ootie’s opening up on Jos. Campau. We’ve been waiting several months now for the opening.

And when will Hamtramck’s first exclusively soul food restaurant, Flavor, open? C’mon Titus, get it going.

In the meantime, check out the soul food offerings at the newly revamped Leka’s Clock (formerly known as The Clock Restaurant). It’s a small selection, but it’s a beginning.

We also hear there might be some new about Maria’s Comida this coming year. The Pronko family has been expanding into the salsa market, and plenty of good things have been happening for them.

And Nick and Mario at Mainestreet Restaurant, we love you man. Keep up the good work.

And John, over at Polonia Restaurant, please, please, hold more special events in your upstairs hall. So nice. Up there.

Hamtramck block clubs, keep your fingers crossed. Your host unit, Hamtramck Community Initiative (AKA Weed and Seed), is seeking another grant to last at least one more year. Our fingers are crossed.

Speed trap lovers, keep your denial. It helps bring in $600,000 a year. And to Channel 7 Investigator Scott Lewis, thanks for shedding light on what we exposed over a year ago.

We’re sure there is plenty more to look forward to this year, but that’s it for now. And remember Hamtramck, we’re rooting for you.