Loss of jail could bankrupt city 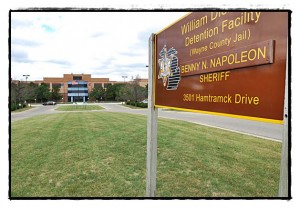 Anyone want to buy a used jail?

Hamtramck’s financial picture could take a turn for the worse if Wayne County closes its jail here in town.

If the plan moves forward, the county would close two jails, including the Dickerson Jail in Hamtramck.

The city receives $1 million a year in lieu of property taxes from the jail. That cut in revenue would be devastating to the city, which is barely hanging on with its current revenue stream.

City Manager Bill Cooper said the county is projecting that it will take three years to secure financing and finish construction. He said that gives him some time to plan, but yet, how does the city make up a million bucks?

“Losing another $1 million, you’re into the final straw type of thing,” he said.

Some options that might be considered will likely upset a number of people. One plan could be to turn the Fire Department into a mostly volunteer staff. Or maybe contract out police services.

Cooper said if the jail plan goes forward, everything will be on the table.

“We’d have to look at every possibility,” Cooper said.

There is also a possibility that the county will continue to use the jail, or maybe even lease it out to the federal government to house its prisoners.

Even if the jail holds only one prisoner, the city will still receive its $1 million a year from the county.

In the meantime, Cooper said he plans on talking with Wayne County Executive Robert Ficano about the county’s plan.

One Response to Loss of jail could bankrupt city