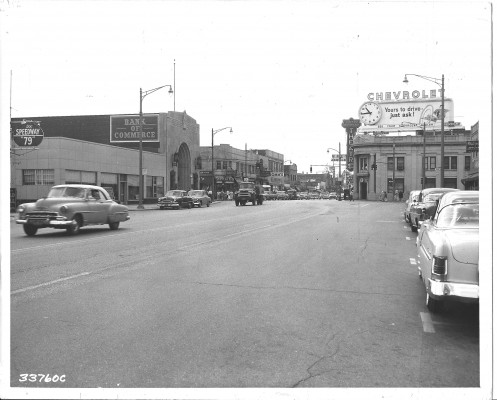 Once again, Hamtramck has made history.

The downtown district on Jos. Campau – from Lehman (one street south of Holbrook) to Pulaski (four streets north of Caniff) – was officially placed on the National Register of Historic Places last week.

Eighty out of 130 total buildings in the 14-block strip were determined to have enough historic significance to contribute to the district’s designation. It is the city’s second designation of this type, with the area surrounding St. Florian Church being the other.

Along with the block’s new status also comes new opportunities. Properties considered historic under the designation are now eligible for a 20 percent tax credit that can be used for building rehabilitation.

The project was initiated by Community & Economic Development Director Jason Friedmann and was pursued by the Downtown Development Authority. Rebecca Binno Savage served as the historic preservation lead, using the writing and research of city historian Greg Kowalski throughout much of the process.

“The National Register does not put any kind of burden for restoration on property owners and does not add requirements for historic review,” said Binno Savage. “Hamtramck has many historic buildings that should be designated.”