Mayor Majewski says she has COVID-19 but is asymptomatic 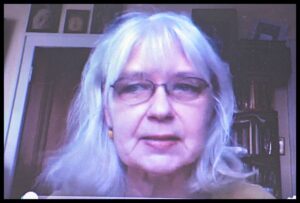 Mayor Karen Majewski announced on Facebook that she has COVID-19.

Update: Mayor Karen Majewski told The Review today (Aug. 11) that her second COVID-19 test came back as negative. In other words, she does not have the disease.

In a Facebook message to The Review, she said she initially went for a test in July because she had a “slight sore throat.” Her first test came out positive. But a second test, which initially said she tested positive for COVID-19, now says she is negative, Majewski said.

Based on the health records she received today, which Majewski said were sent to her after she had “specifically asked for them,” she said: “It looks like I had it in July and recovered.”
She added that she will be getting another test to make sure.

The experience of trying to find out specifics about her test results and the confusion those results caused “points to a flawed system,” Majewski said.
As for going forward, she said: “Now I continue doing what I did before — staying out of groups, wearing a mask, etc.”

By Charles Sercombe
In mid-July, Mayor Karen Majewski was pleased to report at a city council meeting that Hamtramck’s COVID-19 outbreak had flatlined.
No new cases were reported and no new deaths had been reported for a few weeks.
But on Monday, Aug. 10, that situation changed.
In a Facebook address to the city on Monday morning, Majewski reported that not only did Hamtramck’s numbers shoot up from 188 cases and 22 deaths to 290 cases and 24 deaths, but she was also one of those new cases.
With her voice slightly faltering, she said in her live stream on Facebook:
“Despite wearing a mask in public, and in open air and on the street, and in closed spaces — avoiding groups as much as possible — I have now tested twice positive for COVID-19.”
Majewski, who is in her 60s, had been giving daily live Facebook addresses to the community for several weeks, but stopped them over a month ago as the pandemic appeared to regress in Hamtramck and more things opened up for the public.
Although she tested positive for the disease, Majewski said she has been largely asymptomatic, despite some minor symptoms “that normally I wouldn’t give a second thought to.”
To prevent from spreading the virus, Majewski said she will limit her contact with people “at a bare minimum,” and will be “less visible and less engaged” in the community.
Majewski and the city council have conducted their twice monthly council meetings via a teleconference.
She added that she hopes residents take what happened to her as a lesson that no matter what, we have to take precautions.
“Let’s take care of one another,” she said.
Majewski then continued on in her address with the latest updates of goings-on in the city.
Residents were quick to add their thoughts to her Facebook page as well as the City of Hamtramck Facebook page where her address to the city was posted.
On the city’s Facebook page, Rick Santman had this to say:
“Well damn. Thinking good thoughts.”
Chris Schneider posted on Majewski’s Facebook page and had this to say:
“I’m shocked! I guess I shouldn’t be, but I know how careful and intelligent you are. Thank goodness you are asymptomatic. Let me know if I can do anything for you.”
Health officials say that 34 percent of those who remain asymptomatic for 14 days will test negative.
After about three weeks, over 70 percent who remain asymptomatic will test negative.
It can take one to 14 days after coming in contact with someone with the disease before symptoms appear. Not everyone who comes in contact with an infected person will catch the virus.
The following are symptoms of COVID-19:
• Fever
• Cough
• Shortness of breath or difficulty breathing
• Chills/repeated shaking
• Muscle pains
• Headache
• Sore throat
• Fatigue
• Nausea, diarrhea, abdominal pain
• New loss of smell and/or taste
• Some transplant recipients may develop pneumonia
• Rash