Mayor says she is more upbeat about the year ahead 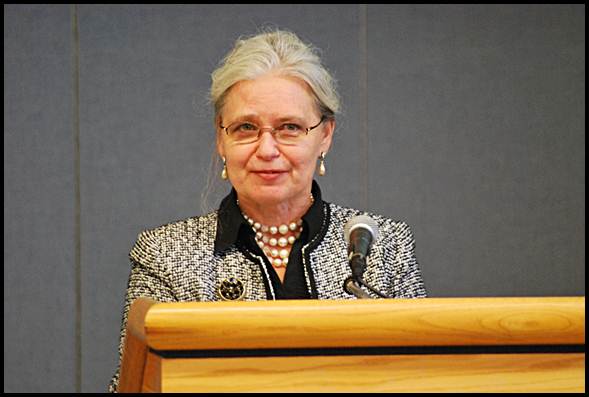 Mayor Karen Majewski said she wouldn’t tear up during this year’s State of the City Address.

Ah, but it only took several minutes into her speech before she had to choke back some tears.

Last Sunday, Majewski gave her seventh State of City Address, and once again it was a long list outlining the city’s challenges and successes.

And once again Majewski, who is the city’s first female mayor, stressed that Hamtramck’s greatest strength is its ethnic diversity.

This year, however, she went one step further in describing the city’s unique characteristic.

Unlike in years past, far fewer city officials, business leaders and community members attended the State of the City. Perhaps it was because it was a gorgeous, sunny day, as the mayor pointed out. 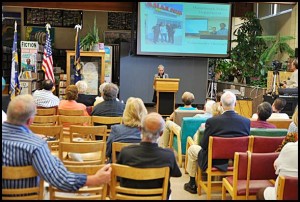 Despite Majewski’s sunnier optimism this year, she conceded that once again Hamtramck finds itself in a financial crisis – and it’s one that could get far worse before getting better.

She pointed out that the city is running a budget deficit, and that a tax dispute with GM over its Poletown plant could plunge the city further into debt. She also said it’s unknown if the Wayne County jail located in Hamtramck will remain open since the county is building a new one downtown.

There was more silver lining than dark cloud in the mayor’s speech (you can read excerpts of it on the front page).
The mayor ticked off a number of successes: The ongoing building of new housing to settle a decades-old housing discrimination lawsuit, a new state-of-the-art recycling plant is coming here (which means jobs for locals besides increased property taxes), the replacement of residential gas lines, the planting of trees to replace those lost several years ago during an extremely damaging storm, continued business façade improvement grants, the lowering of city employee health care costs and … well, the list goes on.

In the end, Majewski asked residents to be a part of Hamtramck’s revival. Even if it means acting a little “crazy.”

“I know in Hamtramck we like to be a little crazy. That’s been a source of strength, and of uncertainty,” Majewski said.

“Let’s be crazy thinkers and dreamers. Let’s be crazy lovers of our homes and neighborhoods. And let’s try something else just crazy enough to work–let’s put our finances on solid ground, regularize our internal procedures, develop a culture of professionalism in city hall, while still bringing all our creativity and resourcefulness to bear to continue growing a diverse and welcoming community of strong neighborhoods, entrepreneurship, and urban living on a human scale.”