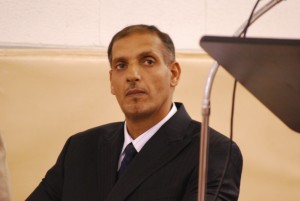 Hamtramck’s mayoral election isn’t over yet.

Mayoral candidate Abdul Algazali, who lost his bid for office by 123 votes, is asking for a recount.

Although the result was somewhat close, it is considered rare for a margin like that to change significantly — if at all — in a recount. Algazali decided to not seek re-election to his council seat this year.

Although he lost, Algazali attracted far more votes than expected. It appears he won the support of the Bangladeshi community, which has become Hamtramck’s most potent voting bloc.

Algazali did not return repeated phone calls for comment.

Majewski said Algazali did not call her after the election to offer his congratulations nor has he spoken to her in meetings since the election.

“Evidently, he thinks he didn’t lose the election,” Majewski said.

Hamtramck has a long history of contentious elections. Although this election was not as heated as previous ones, it had moments of drama – notably the emergence of the Bangladeshi community as a powerful political force.

Perhaps the roughest years in recent times of mayoral election drama was the 1990s when then Council President Gary Zych decided to take on Mayor Robert Kozaren, who was Hamtramck’s longest serving mayor.

Kozaren never faced a serious challenger since he first won election until Zych came along. That election in 1997 verged on becoming violent. He beat Kozaren by a handful of votes. Kozaren called for a recount but at the end of that brutal ordeal he still lost.

Since Hamtramck switched over from ballots being hand-counted to electronically counted, the recount process is far less drawn out. It also costs far less since the city reduced the number of precincts from over 30 to eight.

It will cost Algazali $80 to have a recount.

While the recount is unlikely to result in an upset victory for Algazali, it will at least confirm how accurate the electronic ballot method is working.