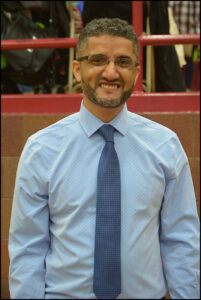 By Charles Sercombe
In the race for mayor, the financial win is currently going to challenger Amer Ghalib.
According to Ghalib’s campaign reports for the primary and the weeks leading up to the general election, he raised a total of over $25,000 and spent almost $15,000.
Mayor Karen Majewski, on the other hand, raised over $6,000 for that same period. She spent over $3,000.
The final campaign reports won’t be due until after the general election, so there could be a sudden surge in donations. The election, though, is this Tuesday, Nov. 2 and many voters have already voted by absentee ballot.
Both Ghalib and Majewski attracted donations from residents and non-residents.
Ghalib had 19 residents donate, and 15 from outside the city, including donations from people living in New York.
Majewski had donations from 15 residents, and 18 from outside the city.
Most of her expenses went to her campaign manager who was paid almost $1,700 for administration fees, and about $1,500 on signs.
While Majewski has been outraised and outspent, she does have the power of being an incumbent.
However, she came in second out of four candidates vying for mayor in the primary election. Ghalib beat her by 364 votes – a gap that some political observers say will be nearly impossible to close up. 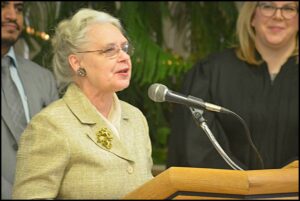 Ghalib spent most of his donations for his campaign manager, who was paid $2,000, and over $7,000 for printing, including signs, buttons and T-shirts.
One of the vendors who got his business was Nashal Graphics on Caniff, which is owned by Nasr Hussain. He was paid over $2,000 for campaign signs.
Hussain has been a frequent critic of Majewski on various Facebook pages, including Hamtramck Square.
He has accused her of corruption, and steering city projects toward friends and supporters. At the same time Hussain has been relentless in promoting Ghalib.
The Review reached out to Hussain to comment on his support for Ghalib, and he defended taking money from Ghalib’s campaign.
“The money I take from him is in return for a product that I print for him. Not for benefits I receive from the city, and I would promote him whether he printed with me or with other places.”
Both Hussain and Ghalib are Yemeni-American, and represent a growing influence of that community’s political muscle. If elected, Ghalib would become the first Yemeni-American to hold the position of mayor in Hamtramck.
Majewski was critical of Hussain’s accusations about her and city government as well as his comments on the display of LGBTQ rights and the role of women.
“Nasr’s history of lies, false accusations, misogyny, and homophobia should be no surprise to anyone, and taint those who support him and whom he supports,” Majewski said.
As for his association with Ghalib’s campaign, she said: “I doubt those views were bought. I think he’s sincerely told us who he is.”
Posted Oct. 31, 2021