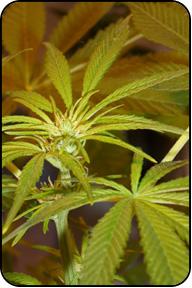 Medical marijuana has come to Hamtramck.

Beginning last month, The Hamtramck Compassion Club (THCC) began holding bi-monthly meetings to help educate the community on the impact that the Michigan Medical Marihuana Act can have on them. Voters passed the legalizing legislation in November of 2008 and the law went into effect in April of 2009.

The club was started by Gregg Black who was living in New York and working as a public relations consultant when the Michigan law was passed. A longtime resident of both Detroit and Hamtramck, Black decided it would be a good time to come back and do something he enjoyed in an environment he was comfortable with. And when he found out that the city had no active organization, he knew what he had to do.

“Since there weren’t any compassion clubs in Hamtramck, I felt there was a need to help educate,” he said. “Especially after some conversations with people who only had a vague or superficial understanding of the law.”

Another problem that Black found was that many of the existing organizations in and around the Detroit area were not taking the law seriously and were either using it for a recreational or commercial benefit. Additionally, some clubs were giving advice that was not legally sound, which is something the THCC is strictly against. Black says that the THCC looks at the law as black-and-white and stays away from the gray areas.

During their meetings, the THCC goes into great detail on a range of topics that include the history of marijuana use, who is eligible for medical marijuana certification, how to find or become a caregiver, and the actual process of growing the plant. One thing, however, is conspicuously absent – the actual smoking of marijuana.

“This isn’t about recreating Woodstock or throwing some kind of party,” says Black. “It’s about finding a healthy alternative for people so they can get off prescription drugs that can cause addiction and central nervous damage.”

Meetings for The Hamtramck Compassion Club are held every first and third Wednesday of each month at The Painted Lady, located at 2930 Jacob Street. For more information, visit www.finecaregivers.com.