Murder suspect had robbery in mind 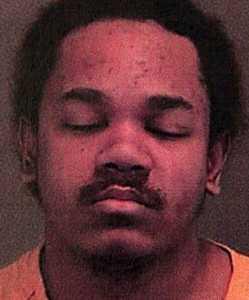 By Ian Perrotta
Review Staffwriter
A year after a seemingly random shooting left a Hamtramck man dead, lingering questions about the Feb. 3, 2009 homicide of Rafiqul Islam are finally being answered.
Yesterday (Feb. 4), in a preliminary examination of alleged murder suspect Dione Andre Wade, 24, the apparent motive behind Islam’s murder was revealed. Detroit police officer Latonya Brooks testified that in an interview with the defendant, Wade admitted involvement in the shooting death of a Hamtramck man, saying he targeted him because of his ethnicity.
“Mr. Wade claimed he targeted Arabs because they carried thousands of dollars, unlike blacks,” said Brooks.
Islam was a Bangladeshi, and there were no signs that he had been robbed. He was shot just after parking his car in front of his house on Prescott St.
This wasn’t the first time that Wade was the perpetrator of a crime that involved a victim of Middle Eastern descent. Last February, Wade and two other men attempted to rob Hussein Farhat and his wife at their home in Dearborn. Farhat’s wife managed to escape and call the police. When they arrived, the two other assailants fled and were caught, but Wade remained inside Farhat’s house and at that point took him hostage.
Approximately eight hours into the standoff, around 5 a.m., Wade fell asleep while talking on the phone, giving Farhat an opportunity to escape. As Wade slept in a chair with a shotgun in his lap, Farhat smashed a vase over his head, knocking him to the ground. Farhat then grabbed Wade’s handgun and proceeded to march him outside to where the police were waiting. However, Wade managed to escape Farhat’s control and grab the shotgun, proceeding to fire it several times. At that point Farhat ran out the door while Wade was subdued by police.
It was what happened during that standoff that brought Farhat to Hamtramck for Thursday’s hearing. According to Farhat’s testimony, Wade was on the phone during most of the hostage standoff and twice admitted involvement in the Hamtramck slaying to the person on the other end of the line.
The first admittance came shortly after the standoff began. Farhat stated that he heard Wade speak into the phone, claiming responsibility for the murder and threatening further violence.
“My name is Killer. Dione Andre Wade. I just killed someone in Hamtramck last week, and I’m going to do it again if you don’t meet my demands,” Farhat testified Wade as saying.
The second admission came about four hours later. It was during that time that he expressed a fear of being tied to the murder weapon used in the Hamtramck shooting.
“I can’t turn myself in, if I do they’re gonna link that gun to Hamtramck,” Farhat quoted Wade as saying.
At that point in the trial, Wade let out an audible “Hell no!” and had to be silenced by the court bailiff.
Wade’s fears about being tied to the Hamtramck slaying were not unfounded. After Farhat escaped the hostage situation he still had the handgun used during the robbery and his escape attempt, and it was confiscated by the police. Upon ballistic examination, the markings on the slugs were found to be consistent with the bullets from the .357 Magnum used to kill Islam.
In a minor aspect of Thursday’s hearing that will likely take center-stage in the coming months, the question of Wade’s mental competency was raised. The prosecution noted that the defendant has a GED and was able to articulate awareness and understanding of the forms that he signed when speaking with officer Brooks, but the defense pointed out that Wade has been found incompetent by the state on two separate occasions.
Regardless of Wade’s mental competency, Judge Paul Paruk made the decision that there was in fact sufficient evidence to move forward with the trial. The next hearing with be held at the Wayne County Circuit Court on Feb. 11 at 9 a.m.
Wade is being held in jail without bond. If convicted, he faces a prison sentence of life without parole.