Murder suspect has record of drugs and violent behavior 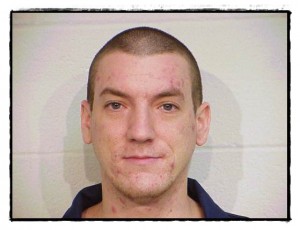 A 27-year-old man charged with beating his girlfriend to death in the Hamtramck Senior Plaza apartments has also admitted to an unsolved Detroit homicide, police say.

Benjamin Jarvis was arraigned Wednesday in Hamtramck 31st District Court for the murder of Natalie Ward, 40. Police say he killed Ward Saturday evening, around 6 p.m., in Ward’s apartment in the Senior Plaza apartment building after she refused to give him money so he could buy drugs.

When Ward refused to hand over money, Jarvis picked up a hammer and hit her in the head several times, police say. He then took her money and her car to score drugs. He came back early the next morning, left an apology note and then again left in her vehicle.

Hamtramck Detective Jackie Crachiola said the content of the note could not be disclosed because it’s part of an ongoing investigation into the matter. She said Jarvis confessed to the murder and an unrelated Detroit homicide.

Detroit police have interviewed Jarvis about the homicide. No charges have been filed in that alleged incident.

Ward had an undisclosed disability, which is why she was allowed to live in the federally-subsided senior apartment building.

Her mother became concerned over her whereabouts when Ward failed to answer the phone over the weekend. The family went to the apartment building on Monday and asked for a staffmember to open the apartment door.

Upon entering, the staffmember saw Ward’s body on the floor and blood on the walls.

Crachiola said that even though the beating occurred around 6 p.m., no one reported hearing anything, other than a stereo.

Ward had picked up Jarvis earlier in the day from a halfway house where he was staying. He was on parole for felonious assault, drug dealing and the illegal use of a gun.

Jarvis had been in prison for several years.

Ward’s mother told police who her daughter was dating. Investigators then went to Jarvis’ family to find out which drug house he could have been found. Police staked out a neighborhood just east of Hamtramck’s border with Detroit and found him driving Ward’s car.

Jarvis is facing several felony charges besides first degree murder and, if found guilty, will spend the rest of his life in prison. A $2 million cash bond was set. Jarvis’ preliminary examination is Feb. 24.

This is Hamtramck’s first murder of the year, and the first murder ever in the history of the Senior apartment building.

Hamtramck Housing Executive Director Kevin Kondrat said the building’s security cameras captured Ward and Jarvis entering the building, and then Jarvis coming back and forth as well as him taking Ward’s car.

Joan Barrios, who lives in the apartment building, said she knew Ward and described her as pretty but also as having trouble with men. She said she also ran into Jarvis several times.

“He could be nice and he could be rude,” Barrios said.

“You never know what goes on behind closed doors,” Barrios added.