Music festival makes a big comeback after a year off 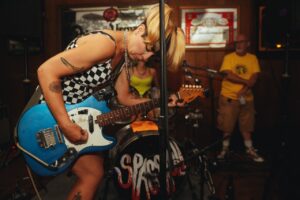 By Charles Sercombe
The sound of music could once again be heard in the streets of Hamtramck this past weekend.
After taking a year off because of the Covid pandemic, the Hamtramck Music Fest made its return. The festival is usually held in March, but the pandemic prevented that from happening once again this year, as with last year.
With more events now being allowed, and more public gatherings too, organizers decided to shoot for a summer version of the festival.
Although there were fewer venues to host the annual event this year, there were enough to accommodate well over 100 bands and performers.
A couple of locations even hosted outdoors performances. 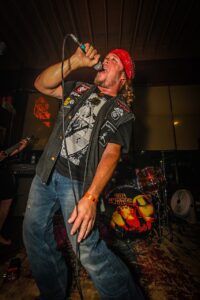 And, as usual, it was nice to see people walking the streets during the weekend – it made Hamtramck look like a bustling city.
As for this coming March (2022), one of the event’s co-organizers, Eugene Strobe, told The Review that there are tentative plans to return the festival to its traditional slot in the calendar year.
“We are looking forward to having future festivals in March, as well as special editions, when need be,” Strobe said.
And as usual, there were some snags, Strobe said, but nothing worth noting.
“Every event always has hiccups and bumps, but everyone came together to make this year work,” he said. “Hats off to the tech crews, volunteers, performers, and patrons of the arts. “
Proceeds from the event will go toward the Hamtramck Public School District, which usually equates to a donation of instruments and art supplies worth a total of $10,000.
Next up: another weekend of music during the Hamtramck Labor Day Festival, which runs from Sept. 4-6.
Keep your dancing shoes ready for another music blast.
Posted Aug. 13, 2021