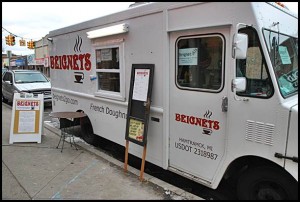 About a dozen new businesses will open in Hamtramck this summer. Beignets, which started as a food truck but will soon move to a building on Jos. Campau, is one of them.

Business owners around Detroit are now discovering what people in Hamtramck have always known: the city is a great place to do business in.

Over the next few months, about a dozen shops are slated to open throughout town. The Review will highlight each one individually over the next several weeks, but here is an overview of what’s to come:

Of course, every new beginning comes from some other beginning’s end, so we’d also like to take the time to recognize a few of the businesses that didn’t make it this year.

One Response to New businesses are taking root in Hamtramck