New EM is no stranger to the city 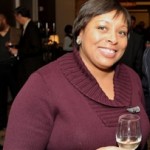 Starting on Monday (July 1) there will be a new boss in town.

And she’s no stranger to Hamtramck.

Square was head of Hamtramck’s Department of Public Works for a few months when former Emergency Manager Lou Schimmel was in charge from 2000 to 2005.

Square went on to hold several other positions in Highland Park and most recently in Pontiac — once again with Schimmel — as city administrator and the head of two other departments.

On Wednesday, Acting City Manager Kyle Tertzag said he had not yet talked with Square. He said he does not know her.

“I’ll cooperate fully with her,” he said. “If she wants me to transition with her I’ll do it, and if she wants me out, it’s totally her call.”

Tertzag has been acting city manager for 11 months.

Mayor Karen Majewski said she remembers Square as a good fit for Hamtramck when she was working with Schimmel.

“I thought she was competent, and I was sorry to see she left,” Majewski said.

“We will work with her and try to do what is best for the residents of Hamtramck. The goal is a healthy, viable city with a firm foundation on which to prosper. As we all come together and work through this, I hope everyone remembers that we have much to be proud of, and many assets on which to build a strong and stable future.”

At the time The Review went to press Square could not be contacted. But in a search online of media interviews, Square says she plans to restructure the fire and police departments.

That could mean a lot of things. In Pontiac, under Schimmel, the fire and police departments were eliminated and those services were contracted out to either Oakland County or other cities.

As for what Square sees as the source of the city’s problems, she said told Mlive.com that she “assumes” it’s because local officials have been “overspending.”

Hamtramck’s financial downturn began after a series of setbacks. First came the closing of American Axle and the loss of property taxes from the Hamtramck plant, then financial disputes erupted over revenues due from the GM Poletown plant and the Wayne County jail located here, and then revenue cutbacks came from Gov. Snyder.

Also in the last few years, housing values plummeted down which meant a huge loss in property taxes. At the same time health insurance costs for city employees and retirees continued to skyrocket.

In all, it was a “perfect storm” of financial setbacks.

Hamtramck had a $1 million rainy day fund just two years ago but had to blow through that to meet labor contractual obligations.

City officials tried to get significant cuts in the wages and benefits from firefighters, but they refused to budge.

The city now has a $3.4 million budget deficit, although at the same time the new budget year, which starts July 1, projects an $18,000 surplus by next June.

When Square steps in on Monday, she will have sole financial control. The roles of the city council and acting city manager are up in the air.