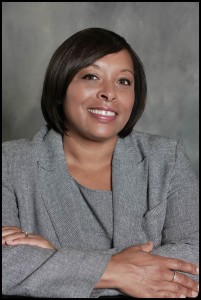 Emergency Manager Cathy Square is our ‘Newsmaker of the Year.’

By Charles Sercombe
Oh what a year 2014 was.
For being such a small town, Hamtramck sure had a lot happening.
Most people will likely remember the year for that awful winter, complete with a record snowfall and a continued blast of arctic cold, thanks to a pesky “polar vortex.”
But perhaps under the radar for most was the ongoing presence of state-appointed Emergency Manager Cathy Square.
Square took control of the city in July of 2013 and this week finishes her 18-month stay. She initially planned to be here only 12 months, but a search for a city manager and a delay in securing a state emergency loan took longer than expected, requiring Square to remain the maximum time allowed by state law.
She left her post on Thursday.
Although she purposely stayed away from the limelight and declined to join in on community events and celebrations, Square’s job here will be felt for years to come.
For that reason, we name Cathy Square as our “Newsmaker of the Year.”
Square has a long list of accomplishments, which we will publish in the weeks to come, but here’s just a few of them:
There is now a $3 million budget surplus, something the city hasn’t seen in several years.
Reduced employee salaries and health benefit costs.
Outsourced the duties of building inspections and income tax collection.
New labor contracts that did not require her to impose new terms.
Increased enforcement of user fees.
Made significant repairs to city hall.
Made a deal with DTE Energy to upgrade the city’s street lighting.
Under her leadership won a nearly $1 million grant to wipe out blight.
Of course, there will be those who argue over the merits of some of these accomplishments, but financially-speaking the city is in better shape than when she came here.
City Councilmember Robert Zwolak, who was not always a supporter of Square, had only praise when asked what he thought her legacy will be.
“She did a lot to save money,” was one of the first things Zwolak pointed out.
But instead of focusing on finances, Zwolak credited Square for reshaping how the city functions.
“She made it more professional, and made city hall a better work environment,” he said. “I have to give her high praise.”
If there was one complaint, he said, it was Square didn’t communicate enough with city council, which is something the council universally agreed on.
“I wish she made more contact with citizens and elected officials, that’s the only negative aspect,” Zwolak said.
Although Zwolak had overall high marks for Square, he was happy to see the end of Hamtramck under the control of an EM.
“Hamtramck got a nice Christmas present this year,” he said. “We’re out of emergency manager management.”
Fellow Councilmember Anam Miah is much harsher in his assessment of Square’s tenure here.
“She’s another person who kicked the can down the road,” he said.
And just what does Miah think Square has put off?
“The city is still in dire need of repair,” he said.
The roads are still potholed, the parks and city parking lots are rundown, and the city departments need to be restructured, Miah said.
“There is no structural improvement,” he said.
Another complaint, one echoed by Zwolak, was that Square had bare minimum contact with the council and didn’t even tell councilmembers when she hired new department heads.
“We had to wing it on our own,” he said.
We asked Square to consider her legacy, and she didn’t hesitate to say that she made the changes “the politicians didn’t have the political will to do.”
Such as?
Although ambulance service had been contracted out before Square arrived last July, it was not permanently removed from the Fire Department. In fact, the firefighters’ union was contesting that service being removed from their department, which was part of the union contract.
Ambulance service was never officially removed from their duties, but it’s something Square took care of — all through contract negotiations, which Square said the council didn’t want to confront.
“I got full cooperation from the union,” she said.
She also pointed to contracting out income tax collection (yes, the city has an income tax), and also building inspections — two departments that council had not considered privatizing.
“I heard them say they could have done that, but they didn’t,” Square said.
As for the city’s future financial stability, Square said the city’s pension obligation will require close attention as costs continue to increase as more city employees file for retirement.
“It’s all about management,” Square said.
As for her future, Square declined to go into detail, preferring to leave the city with little trace of being here.
“I want to ride off to the sunset. I want people to just forget about me,” Square said last week in a telephone interview.