Only 4 percent of city’s kids enrolled in summer program 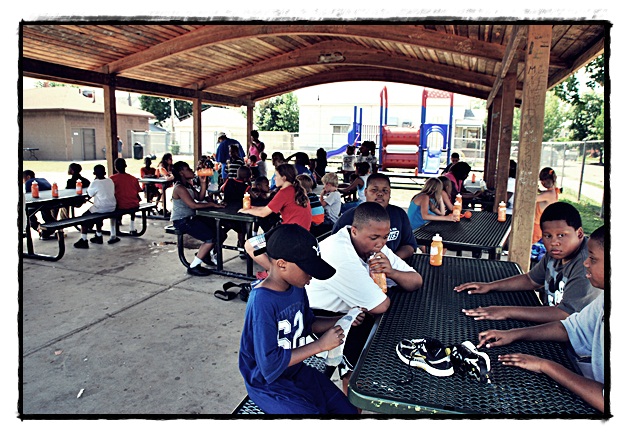 Happy, because as of two weeks ago, 185 kids were signed up for the recreation’s summer park program.

During the week, kids can participate in all-day programs at Pulaski Park, Keyworth or at the Col. Hamtramck Homes. Daniels said the program at Pulaski is almost at full capacity.

While 185 kids enrolled may sound impressive to Daniels, according to the 2000 Census, there are about 4,000 Hamtramck kids in the age range who could have signed up.

That comes down to only 4 percent of kids living in Hamtramck who are participating in this program. It’s not clear how many part-time seasonal employees are hired, but according to the 2008-2009 Recreation Department budget – the most current budget available — over $288,000 was spent on part-time employees.

Another $12,000 was spent on goods and items for the summer program.

The Recreation Department collects $1 million a year from a special recreation tax approved by voters. Hamtramck’s population is about 22,000. The amount collected by the recreation tax comes down to $454 for every man, woman and child in Hamtramck. Almost half of what is collected — $500,000 – is spent on salaries and benefits.

School Boardmember Hedy Shulgon has been outspoken in her inquiries and concerns about the Recreation Department.

When told only 185 kids signed up for the summer program, Shulgon said she was disappointed.

“I was hoping there would be a lot more,” she said. “I can’t figure him (Daniels) out.”