Plenty of new voters, but where are the candidates? 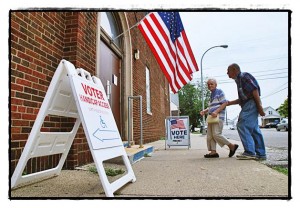 Next Tuesday is Election Day.

We hate to keep beating this drum, but you may not have heard.

Next Tuesday (Nov. 8) is Election Day.

So far, this campaign season has been flying way below the radar.

The highlight so far?

City Council candidate Steve Shaya recently announced he doesn’t want you to vote for him.

Yes, you read that right. Shaya is dropping out of the race because he has taken a job with the city, which poses a direct conflict of interest.

Although Shaya is not seeking to be elected, it is too late to remove his name from the ballot. 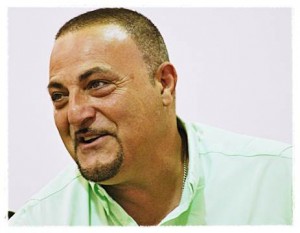 City Council candidate Steve Shaya does not -- repeat -- does not want your vote.

The other candidates running for one of three seats are: Councilmember Cathie Gordon (the only incumbent seeking re-election), Anam Miah, Abdul Algazali, Robert Zwolak and Dilshad Chowdhury.

Both Algazali and Zwolak are former councilmembers. Neither Miah nor Chowdhury have served in public office.

If Miah and Chowdhury are elected, the City Council will have a Bangladeshi-American majority – a first-ever in Hamtramck and most likely a first-ever nationwide.

The power of the Bengali voting bloc was recently confirmed when the federal government ordered Hamtramck to print all election materials — including ballots — in English and Bangla.

City Clerk Ed Norris said that’s easier said than done. One huge challenge he’s facing is finding a reliable translation service. He said depending on who’s doing the interpretation, there are many variations and nuances not only in the English language, but also in the Bangla language. Norris said finding an accurate word-for-word translation has been frustrating.

Another challenge facing Norris is that this federal mandate comes with no extra funding. The amount of the additional cost to the city has not been determined.

In other election news, it appears a wave of new voters will be participating in the election. Since last May, the city has registered 696 new voters, which may be a record for Hamtramck.

Tuesday’s election also features a run-off for two seats on the School Board. Both seats are being vacated by incumbents. There are seven candidates on the ballot. They include Alan Shulgon, Eric Burkman, Ripon Ahmed Lasker, Magdalena Srodek, Darla Swint, Nasr Saleh Hussain and Dennis Lukas.

Shulgon is a former member of the School Board, and his wife, Hedy Shulgon, currently serves on the board. Lukas is a recently retired teacher from the Hamtramck Public School District.