Police and fire departments open their doors to community 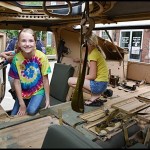 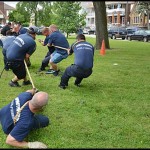 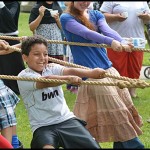 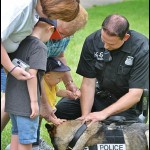 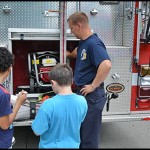 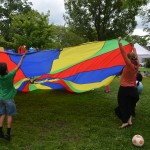 For the second year in a row, Hamtramck residents got a chance to look at their police and fire departments up close and personal.

The second annual Hamtramck Public Safety Day, sponsored by the Recreation Department, was held on Saturday at Zussman Park, which is located across from city hall.

Adults and kids, especially kids, were invited to get inside a police squad car and turn on the sirens, while the fire department also opened the doors to its rigs.

Talk about a kid’s fantasy come true – they actually got to climb inside a fire truck.

Also on hand were state police officers giving a demonstration of their robot used to handle suspicious packages.