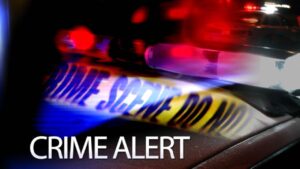 By Charles Sercombe
As we prepared to go to press Thursday, a high-speed police chase during the night resulted in a car and two houses on Norwalk St., near Conant, greatly damaged.
It appears a driver was attempting to flee officers, and ended up slamming into a car and crashing into the houses.
It was reported that police officers arrested the driver. There were no injuries reported, but damages to the car and houses are severe.
The Review reached out to Chief Anne Moise for information about the incident but she did not respond by the time we went to press on Thursday.
To help the families, who do not have insurance to repair the damages, a GoFundMe account has been set up for those who wish to contribute.
To find the site, go to GoFundMe and search for “Home and Vehicle Damages from Police Chase.”
As of Thursday morning, over $2,600 has been raised with a goal of reaching at least $25,000.
Dardeni Chowdhury is the organizer of the fundraiser and had this to say about the incident:
“A police chase on January 19, 2022 led to the suspect crashing into my car and destroying the front porch and foundation of my home, as well as destroying the neighbor’s house.
“My young son saw the whole thing happen from his window and would’ve almost gotten injured had the driver crashed closer to our home. I am a single mother with four children in a low-income household.
“We don’t have enough money to cover any of the repairs, and we do not have insurance coverage for both the car and the house. The car was the only vehicle we had, and we were constantly putting money into repairing it before this incident.
“My kids need a car to go to school, to go shopping, to go to the doctors, and many other places, and I need desperately need it to go to work. I have many health issues, and was at the hospital two days before this incident.
“This incident was not at all what I expected, and has only added to the many issues I have to take care of. I would greatly appreciate any donations. My kids and I really need help.”
Posted Jan. 20, 2022