Politicians and the courts need to heed the will of voters

After City Council spent a few months coming up with an ordinance regulating where medical marijuana can be grown, the Michigan Court of Appeals has now ruled that marijuana dispensaries are illegal.

The ruling has effectively put hundreds of dispensaries and so-called compassion clubs out of business.

We don’t often venture into taking sides in state and national issues, but this one hits home. We understand that there are some people who are dead set against medical marijuana, and we respect that. But voters spoke loud and clear in 2008 when it was approved by a 62 percent margin.

Yet, we have a conservative Attorney General and conservative courts that don’t like this law and want to quash it – despite what voters want.

This is 2011. America must come to terms with the use of marijuana whether it’s for recreational purposes or for medical reasons. It’s a weed, for crying out loud.

We need to stop playing around and branding people as criminals because they smoke or grow marijuana. More than one political observer has noted that making marijuana legal will result in millions – if not billions – in extra taxes.

Pot is less harmful than alcohol, yet alcohol is legal. And we remember what happened when this country decided to make alcohol illegal: It spawned a vast criminal enterprise that morphed into the mafia. 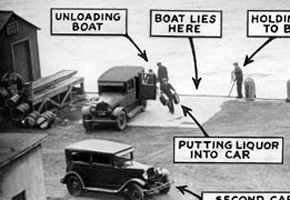 By making marijuana – medical or otherwise – illegal, we are only enabling a new criminal enterprise to take hold.

You know what they say about those who fail to learn from history: They are doomed to repeat the same mistakes.