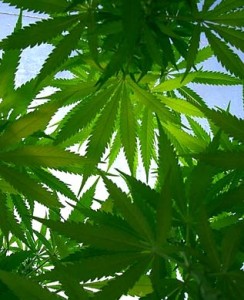 At last Tuesday’s (Aug. 24) City Council meeting, the council decided it would pass on grass.

Or, rather, it will wait to decide what zoning law to adopt that will regulate where medical marijuana can be grown here.

Along with the legalization of medical marijuana in Michigan came a whole set of questions on how to control the growing industry, as well as what exactly the role is that cities should play in regulating it. For the past three months, council members have been working on finding the answers to those questions and others.

The solution, according to an ordinance proposed by Councilmember Tom Jankowski, is a zoning ordinance that would limit the areas of Hamtramck where the plant can be grown and sold to areas outside of residential districts. He says that this would allow the city to have greater oversight of the overall industry.

However, since the draft proposal has circulated, several questions have been raised. At last Tuesday’s council meeting, Councilmember Catrina Stackpoole had reservations over the law, saying that she felt it may be too restrictive by not giving patients an adequate opportunity to procure their medication. That, according to Stackpoole, is in direct conflict with the law, which she says was written not for economic reasons but medicinal purposes.

“I think the spirit of the law is for patients to have the right to access,” she said. “I’m concerned that forcing production to be in commercial areas will prohibit people from accessing the medication.”

To counter her argument, Jankowski said that Stackpoole was looking at the issue through too narrow of a perspective. He said that patients would have other opportunities to obtain their medication, and that the point of his ordinance was to keep the growth of marijuana away from neighborhoods.

“The assumption shouldn’t be made that the only access the patient will have will be in Hamtramck,” he said. “Quite frankly, I didn’t want to see it in the residential areas. I wanted to see it in the commercial district.”

After further back-and-forth debate over the merit of the proposed ordinance, as well as a discussion of the legal interpretation of the Michigan Medical Marijuana Act, Stackpoole said that she didn’t think there was a solid enough understanding of the law for the council to make any decisions concerning the matter.

She also said that on Sept. 21 she was scheduled to attend a medical marijuana seminar hosted by the Michigan Municipal League, suggesting the issue be tabled until after that meeting. But because any new ordinance must be read three times before it can be voted on, it was agreed that the first reading of the law would be read on Sept. 14. That would give her a chance to attend the meeting before the second reading.

It seems the one thing that everyone could agree on was that more time was needed to hash out the ordinance. But if City Attorney Jim Allen’s explanation to Stackpoole about the deficiencies of the proposed ordinance is any indication of where the issue is headed, it may be one long, bad trip.

“What we have here is an imperfect draft,” said Allen. “We’re still operating in the dark, so to speak, because the State of Michigan hasn’t passed any precedents relating to the issue. I won’t sit here and tell you with any certainty that I know how this will play out.”