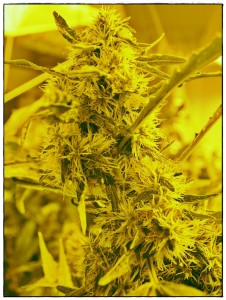 Now that medical marijuana is legal in the state and Hamtramck, the city wants to regulate it.

With the passage of the Michigan Medical Marihuana Act (MMMA) in November of 2008, the state made it legal for individuals to operate as designated caregivers for marijuana patients. Under the legislation, which went into effect in April of 2009, caregivers can provide medical marijuana for up to five patients – as well as themselves if they are a registered cardholder – allowing for a potential total of 72 plants per household.

However, around the middle of June, City Councilmember Tom Jankowski circulated an e-mail that contained a draft of a proposed zoning ordinance which would limit the amount of patients a caregiver could have in a residential area to one. Caregivers wishing to provide for more than one patient would be required to set up shop in a commercial zone.

When asked about the origin of the ordinance, which was written with the aid of city attorney Harry Kalogerakos, Jankowski said that because he recognizes that medical marijuana is a fast-growing industry, he wants to stay a step ahead of the growers and distributers and keep the production of medical marijuana out of the city’s residential areas. He says that the growing of marijuana in a residential area could potentially lead to a higher incidence of break-ins, as well as a possibility of an odor coming from the plants.

“My reasoning is that if you have to choose between spending $700 to $1,000 for a commercial space or $250 to rent a house, you’re going to choose a house,” he says. “We’re probably one of the first cities to apply a zoning ordinance to keep it out of neighborhoods.”

The regulation would come through a zoning ordinance because growing marijuana in the city is not covered in existing zoning laws. According to Community and Economic Development Director Jason Friedmann, only things that are specifically outlined in the zoning laws are permitted by the city. Echoing Jankowski’s sentiments on the business potential of the industry, he says the ordinance will hopefully make Hamtramck attractive to potential growers by letting them know it is acceptable and safe in Hamtramck.

“We know [medical marijuana] is coming and we want to get on the front end and allow for new businesses to come to the city,” Friedmann said. “But we also know that challenges will come with it. There are lots of positives and negatives to it.”

Along with restricting the areas marijuana would be grown, the ordinance would also require a safety inspection to check the electrical wiring as well as preventative measures to be taken to reduce excess odors. While Councilmember Catrina Stackpoole agrees with the safety inspection and odor prevention provisions, after seeing the draft she had concerns about limiting the amount of plants that can be grown in a residential area, saying that it could prevent some people from having the opportunity to engage in the business.

“It seems that the ordinance might be restricting to individuals,” she said. “If they have the necessary square footage and have jumped through all the hoops of an electrical inspection and odor control, why should we restrict people having businesses in their homes as long as they’re doing things properly? Especially in the current economic climate.”

Stackpoole’s concern goes beyond economic reasons. A few years ago, when marijuana use was still illegal, her own brother was stricken with an illness and could have greatly benefitted from the medicinal properties of the plant. But because it was illegal he turned to alcohol, which hastened the affects of his disease and ultimately shortened his life. Stackpoole says she doesn’t want to see a similar situation happen to others if it could be prevented with adequate access to the proper medication. However, she still recognizes the need to look out for the safety of Hamtramck’s residents.

“I certainly think we need to have a discussion about it,” she said. “It’s important that we look at both the issues of public safety involved, in terms of crime and the potential of fire hazards, but we also need to make medicine available to patients.”

Fortunately for Stackpoole and the rest of the city, there will be a discussion on the ordinance. Because the regulations will be facilitated through a change to the zoning law, a public meeting must first be held to give the city’s residents a chance to voice their opinions. The meeting will be held before the next Planning Commission meeting on Aug 11.

One person sure to be there is Gregg Black, the organizer of The Hamtramck Compassion Club. After hearing about the proposed ordinance and attending the July meeting of the Planning Commission, he became worried about the impending restrictions and voiced his concerns. Chiefly, he says that the reasons for restricting growth to commercial areas are insufficient and do not make an adequate enough argument to legitimize the ordinance. Moreover, he says that the city’s interpretation of the law could lead to the federal prosecution of caregivers and patients because of its allowance for dispensaries, which are not mentioned in the state law.

Officially, the law does not allow or disallow dispensaries; rather, it does not mention them at all. The MMMA does allow for a patient to designate a caregiver, but it does not specify how the transaction between patient and caregiver should occur, nor does it make any provisions specifically allowing or prohibiting patients from buying their medicine from another patient or caregiver.

Overall, while many things remain uncertain, one thing is clear: medical marijuana has officially come to Hamtramck. And while there is some disagreement on how to regulate it, there seems to be a concurrence that it will definitely be an economic benefit to the city, whether through increased taxes, the filling of vacant commercial buildings, or just the residual business that comes with more traffic coming and going in the city.

“There is a lot of interest,” says Jankowski. “People are just waiting to lease space.”

One Response to Proposed zoning law will restrict pot growing