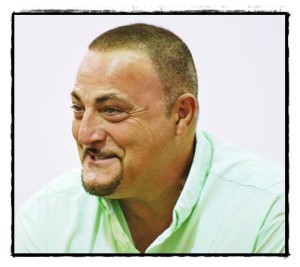 Hamtramck’s Director of Public Works says he was falsely accused of a hit-and-run accident in a lawsuit he filed against the city.

In his suit, filed in Wayne County Circuit Court, Steve Shaya says two Hamtramck police officers retaliated against him when he exposed one officer’s improper private deal with the city to provide tow truck service and also the fact that he worked at a local garage that had a contract with the city to provide repairs to police cars and install special lights.

When that arrangement came to light, the officer was told to end those jobs to be in compliance with the city’s ethics ordinance.

Shaya said that after he exposed the officer another officer ticketed him for an alleged hit-and-run incident involving a retired Detroit officer. The ticket was eventually dismissed in Hamtramck 31st District Court after it was revealed there was no evidence to back up the charge.

The officer forced to end his second job also earlier accused Shaya of damaging city property in regards to a broken taillight on a city-owned vehicle issued to him. Shaya admitted he ran over a broken taillight while backing out of his driveway, and that Mayor Karen Majewski, who lives across the street, saw the incident and requested a police investigation.

Majewski said Shaya’s version of what happened is a “complete lie, a complete distortion.”

“He doesn’t even have a driveway,” she said.

Shaya said that he had immediately reported the incident to City Manager Cathy Square and paid $22 to replace the light.

However, the officer who had the tow truck service allegedly “barged” into Shaya’s office and “rudely and loudly accused him of damaging city property without reporting it …”

Shaya also alleges that past city managers and the police chief verbally abused him and used ethnic slurs against him. In his lawsuit, Shaya is described as an American citizen of “Iraqi national origin and an adherent of the Chaldean-rite (Iraqi Catholic) religion.”

Shaya said that one former city manager called him a ‘Chaldean Prince.”

Shaya is seeking an unspecified amount in damages.

City Manager Square said she could not comment on the lawsuit and had not yet reviewed it with the city attorney.

Square said Shaya is still employed by the city. However, Shaya’s job was posted a few weeks ago.

Square said that since Shaya has failed to obtain a state-mandated license to oversee the city’s Water Department and services, she had to hire a part-time supervisor who has that license.

She said she is seeking a director for Public Works who has the license. In the meantime, Shaya is overseeing the day-to-day operations of the Public Works Department.

Ideally, Square said, she would like to hire a city manager who has experience in public works and eliminate the need to hire a director for the department while keeping on the part-time employee with the water department license.

That way, she said, she can eliminate the cost of a director’s salary.

This isn’t the first time Shaya has tangled with a Hamtramck police officer. Shaya was fired as Superintendent of Public Works when Lou Schimmel was emergency financial manager for the city in 2002.

Police officer Dennis Whittie had learned that at the time Shaya applied for a job with the city he was facing a felony charge for fraud. In his application, Shaya did not reveal that he was facing the charge, nor did he inform the city when he was later convicted. Shaya has denied he was convicted of a felony.

Whittie also said that through a Freedom of Information Act request, Shaya failed to get needed permits to renovate a house he owned. Whittie was later fired for not going through the chain of command to report the matter, and also for publishing a reprimand he received on a blog he published called Insidehamtramck.com.

Whittie filed a “whistleblower” lawsuit against the city. The city eventually settled with Whittie. He later joined a downriver police department.

But that wasn’t the last the city saw of Shaya. He was hired in February 2012 as Director of Public Services despite objections by some that there was a conflict of interest in hiring Shaya.

At the time of Shaya’s hiring he was an employee of a contractor used by the city.

Shaya quit that job, but he continues to oversee the work performed by the contractor, Platinum Landscaping, which cleans lots, cuts down trees and provides snow clearing services on city streets.

From 2008 through 2012, Platinum earned $1.8 million from the city, according to billings The Review received through a Freedom of Information Act request.