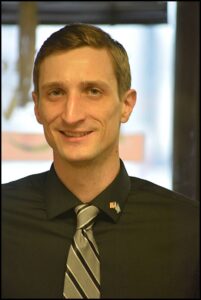 By Charles Sercombe
The recall effort against City Councilmember Ian Perrotta got a green light last week to proceed.
In a Zoom meeting held by the Wayne County Election Commission to determine if three proposed recall ballots contained clear and factual language, two out of three proposed ballots were rejected for lack of clarity.
But one survived, and it focuses simply on the fact that Perrotta had been censured twice (in 2019 and in 2020) by his council colleagues for prior interactions with city employees.
Council censures are rare, and both of Perrotta’s stirred controversy. They both took issue with Perrotta behavior and interaction with city employees.
The gist of the censures is that they allege Perrotta was abusive and created a hostile work environment in city hall.
Perrotta had apologized for the language he used when dealing with some city employees, but lashed out at the censure effort, saying it was politically motivated and an attempt to smear him personally.
Behind the recall effort is Councilmember Mohammed Hassan. He told The Review that he is pressing the matter because Perrotta is “not correcting himself.”
“We tried to educate him and requested for him to behave.” Hassan added. “But he still talks like he doesn’t care.”
Hassan also stressed that Perrotta’s interaction with city employees is posing a “liability to Hamtramck.”
At this week’s city council meeting, Perrotta responded to the recall effort by reading from a prepared statement, which he has subsequently posted on his Facebook page.
He says of the effort: “I’m honestly not worried about the outcome.”
Perrotta then said that those behind the campaign “have proven time and time again to be shady and manipulative, and this is just the latest in a series of attempts going back years to silence my voice, destroy my reputation, and distract the public from the real issues at hand.”
He also echoed an allegation being made by President Trump about his possible defeat in seeking re-election, saying that the only way for the recall to succeed is “due to widespread voter fraud.”
There is a deadline for the recall to reach the next step: the scheduling of an election.
The recall effort is good for 180 days. Hassan is now tasked with gathering about 1,300 voter signatures to get an election date set. Within that 180-period, he has 60 days to gather voter signatures, starting from the first signature he gets, and then turn them in for verification.
Hassan said getting the signatures will be “a piece of cake.”
“I talked to everybody, and they are angry at him,” Hassan said.
If the recall election is scheduled, it will be the first one in Hamtramck in over 20 years.
Perrotta’s term expires at the end of 2021. By the time voter signatures are gathered and turned in, it is likely that an election would not be held until next year – with the earliest date being in February.
Posted Oct. 16, 2020

2 Responses to Recall election moves on