Record Store Day was a party in Hamtramck 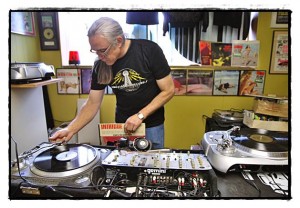 The jams were spinning on Record Store Day two Saturdays ago.

In observance of Record Store Day, Hamtramck’s two independent record stores, Record Graveyard and Detroit Threads, each held a party in celebration of all things vinyl. 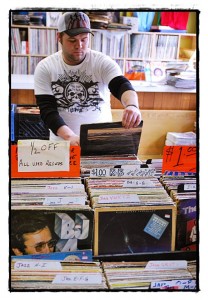 At Record Graveyard, owner Jeff Garbus manned the turntables himself and spun records for several hours live on Hamtramck’s very own AM radio station, located on the dial at 1610.

Our favorite tune he played: “Wanna Be” by Detroit’s own The Fondas.

(OK, disclaimer here. This reporter is the drummer for The Fondas.)

Mikel Smith at Detroit Threads had a rotating guest list of DJ’s who played to an ever-expanding throng as the afternoon wore on. 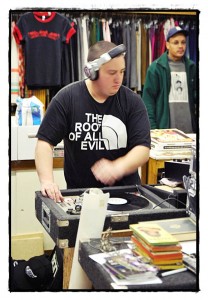 His event served as a prelude to a reunion party of the former Motor Lounge that night, which was an insane happening all on its own.

You know, for a Saturday afternoon, looking at record lovers and young people walking downtown, it formed a thought: Why can’t it be like this all the time? 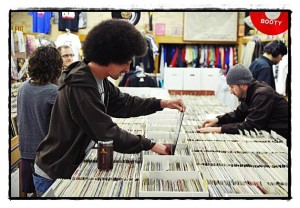 One Response to Record Store Day was a party in Hamtramck