Recount is long over, but city still stuck with the bill 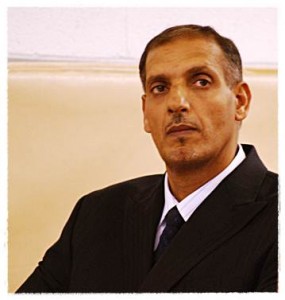 Although that seemed close, it really wasn’t. Nevertheless, Algazali demanded a recount of the vote tally.

Normally, a recount in a city of this size with a win margin like that would be considered a waste of time and money.

And some city officials said just that.

There have been recounts in past years where the vote difference was less than 10 votes and it still didn’t change who won or lost.

If a losing candidate calls for a recount, the city has to comply – and eat the cost of hosting it. For Hamtramck, the Algazali recount cost taxpayers at least $2,500.

Algazali claimed there was fraud and errors in the election, but he would not elaborate on the matter when asked to further explain his accusations.

But there was a silver lining to the cost of the recount, or so the public was told.

Algazali was still a City Councilmember at the time of the election and recount and he said he’d pay for the cost of the recount.

Algazali was and still is known for his rants against government spending and high taxes. He frequently called out for cuts to the budget and for lower taxes.

Well, the recount came and went and Algazali still lost his bid to become mayor. There was no change in how many votes Algazali lost by.

(There was also no change in the Anam Miah recount.)

It’s been almost two years since the recount and so far, no reimbursement from Algazali. We called several times after the recount to find out what his plans were, but we never could get through to him at work, and he never returned calls.

Now, Algazali, a chiropractor here in town, is seeking a return to a seat on City Council.

By chance, we were driving by his clinic on Jos. Campau on the southend of town and spotted him standing outside. We pulled over and approached him.

Fisrt he was asked if he received The Review candidate questionnaire, which was mailed out two weeks ago.

He said he hadn’t because he had not checked his mail in a couple of weeks.

More on that in a moment.

We asked if he ever made good on his promise to pay for the mayoral recount.

His response: “You heard me say that?”

The Review: “A City Council meeting.”

At the time we went to press on Thursday, Algazali has still not made good on his word.

As for Algazali’s residency, we visited his address of record, at 2434 Goodson, several times at different times of the day during the past week.

No one ever answered the door.

On the porch were several circulars in plastic bags strewn about. The front window has a torn screen. The two bushes out front are overgrown.

Algazali told The Review that he indeed lives at 2434 Goodson.

The question of residency of some of the candidates as well as voters has become an issue in recent times.

The Review will have more to report on this subject in the coming weeks. We promise one thing: You will be surprised.