Recycling in Hamtramck, doing their part to save the planet 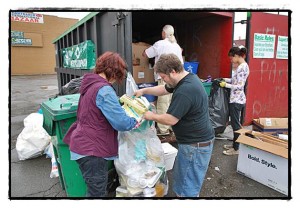 You can recycle every second Saturday of the month at the city-owned lot on Caniff and McDougall.

What’s the most common thing that gets dropped off at Hamtramck’s recycling center every second Saturday of the month?

“We probably get 5,000 of them,” said Bill Wiitala of Hamtramck’s Recycling Commission.

On any given monthly recycling day in Hamtramck, about 120 people take advantage of the free service.

“This is a real community gathering,” said volunteer Nancy Erickson regarding the folks who stop by. Some of them stick around and chat with the volunteers, whiling away a little of their Saturday.

A number of recyclers are not only conscientious about the well-being of the planet, they also make it easier for the volunteers manning the center by separating their items.

Hamtramck’s recycling program is being funded by Sterling Oil, which is located here in town. The company also sponsors a recycled paper program at Hamtramck High School.

Interested in recycling? The monthly recycling program is located at the city parking lot on Caniff at McDougall. It runs from 9 a.m. to 3 p.m. 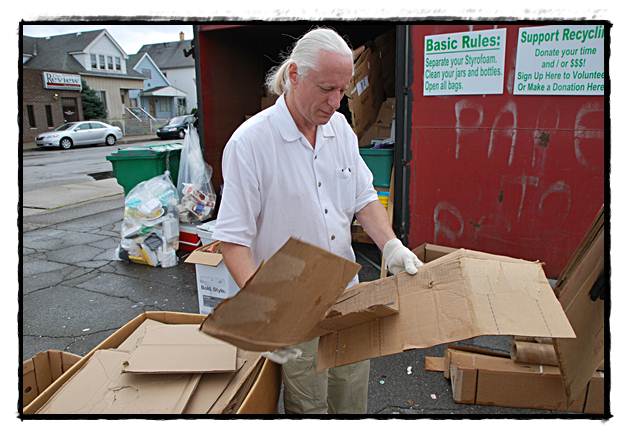 2 Responses to Recycling in Hamtramck, doing their part to save the planet