Rolling in the dough 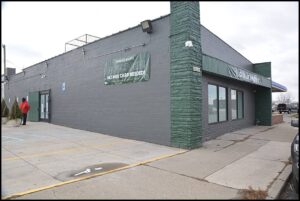 Dispensaries in Hamtramck will be paying $28,000 a year each in taxes and fees.

By Charles Sercombe
The recreational marijuana business is major money-maker in the state.
And Hamtramck is in line to receive a minor windfall in taxes and fees from the city’s three operating dispensaries. That will be to the tune of $28,000 per outlet – or, in other words, $84,000.
And if word from city hall is accurate, there is another sales outlet preparing to open, at the space where the former Oaza Bakery once operated – (11815 Jos. Campau). That will bring in an additional $28,000.
So, add it all up and it comes to $112,000.
Last week, the Michigan Department of Treasury issued a report on how much money was distributed to the 38 communities and counties that host marijuana dispensaries.
According to the press release:
“For the state of Michigan’s 2020 fiscal year, more than $31 million was collected from the 10% adult-use marijuana excise tax. Combined with fees, there was a total of $45.7 million available for distribution from the fund.”
Michigan schools are also getting a piece of the pie — or make that a piece of a gummy.
“Aside from the nearly $10 million in disbursements to municipalities and counties, around $11.6 million will be sent to the School Aid Fund for K-12 education, and another $11.6 million to the Michigan Transportation Fund, upon appropriation,” the press release said.
“In total, more than $341 million in adult-use marijuana sales was reported for fiscal year 2020.”
Hamtramck Mayor Karen Majewski welcomed the additional revenue, especially since the city administration recently presented a devastating financial picture for the city over the next several years.
“I’m taking this as an indication of what we can expect next year, and it’s very encouraging,” the mayor told The Review.
“Add that to the city’s yearly application fees, as well as income taxes from dispensary employees, property taxes on these renovated buildings, and the residual benefits to other businesses that customers may patronize, and these marijuana businesses should be a healthy — and much needed — addition to our local economy.
“They don’t solve the city’s fiscal shortfall, but no single revenue source can do that. We need additional revenue from a combination of sources, and this promises to be a valuable one.”
Majewski has been in favor of allowing dispensaries to open here, but there was a huge pushback from the Yemeni and Bengali communities.
Opponents feared that the sales outlets will drive up crime and that marijuana will get in the hands of children.
A majority on the city council, Fadel Al-Marsoumi, Mohammed Hassan, Saad Almasmari, Mohammed Alsomiri and Nayeem Choudhury, initially tried to ban the sales, but that issue was fumbled.
Those councilmembers settled on what is considered a compromise: to ban future dispensaries, but allow the existing ones to continue to operate.
So far, 16 states allow the legal sale of marijuana. In Colorado alone, that state raked in $355 million in taxes and fees for the past few years.
Sales revenue for that state had reached $1.75 billion in 2019.

Communities that are benefitting from marijuana sales

So, who’s getting a slice of the marijuana sales revenue?
According to the Michigan Treasury Department, these 38 communities and counties received a total of about $10 million from taxes and fees collected from dispensaries in 2020 (click on the link):

One Response to Rolling in the dough