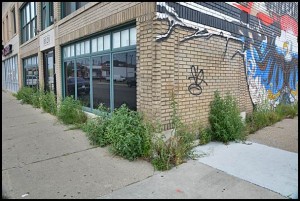 A loft project that went bust is now on the market.

Round one of the city’s auction of lots has been completed, and now the question is: When will round two take place?

Gordon unleashed a stinging rebuke on how the city emergency manager is handling the auction process at Tuesday’s council meeting.

Gordon said she is frustrated because there is no information coming out of the administration about the plan for selling more lots.

Community & Economic Development Director Kathy Angerer said a call to her could have cleared that up.

Angerer told The Review that Emergency Manager Cathy Square is concentrating on two potentially bigger ticket items for the next auction. The first to go up for bid is a partially developed loft space on Jos. Campau and Goodson, a former veterans post.

The city acquired the property for $40,000 after a developer failed to finish the project. The city, however, ran out of time and perhaps money to complete the project.

The city will be seeking sealed bids for the property.

It could be quite a steal for the lucky bidder. The upper floor has already been converted into two lofts, while the downstairs is open for any configuration or purpose, including turning it into a retail space.

Angerer said that with the holiday season here, it made more sense to concentrate on city-owned properties that can bring in more money now.

The next city-owned building to be put up for bid is the largest in the Jos. Campau business district, at the corner of Belmont. The four-story building came into the city’s possession due to a foreclosure.

A would-be developer had a state grant to tap into to help with rehab costs, but he could not secure a bank loan to finance the project.

The potential for this building is unlimited, and for the right developer a goldmine.

This too will be auctioned in a sealed-bid process.