School board set to consider hiring superintendent next week 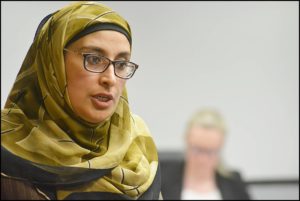 By Charles Sercombe
The search for a new superintendent for the Hamtramck Public School District could come to an end next Wednesday (May 15).
The district’s school board will meet then, at 5 p.m., to decide whether to hire Dr. Youssef Mosallam or Jaleelah Ahmed.
Or, they could even decide not to hire either, and instead continue the search. 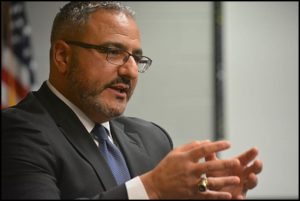 The two finalists were part of a field of six candidates interviewed for the position.
Ahmed is the district’s Director for English Language Development.
Mosallam comes from the Dearborn School District, where he is the Executive Director of Community Partnerships, College & Career Readiness Achievement.
Both were interviewed for a second time last week.
According to The Review’s sources, which include people both inside and outside of the schools, it appears Ahmed has the edge – just in case anyone is in a betting mood.
But in situations like this, nothing is certain, and during the week, there were likely supporters of each candidate advocating behind the scenes.
Current superintendent, Tom Niczay, is retiring at the end of June after serving in his position for 11 years, and after having been in education, mostly in Hamtramck, for 41 years.